Headlines
Redwan Rahman graduates from FilmdomThe local government minister has instructed to cut the road if necessary to remove the waterRequest to withdraw closure shop at night till EIDThe days of the Western monolithic world are over: PutinLeaders of Germany, France, and Italy in Kyiv to express solidarity‘Presidents of two countries call and pressurized Mbappé’Two U.S. citizens are thought to be missing or taken prisoner in UkraineCOVID: The technical committee suggested lifting some restrictionsPetrol prices hit record highs in the USCanada wants a stern warning against cigarettesThe task force to protect the mountains, demanded the formation of a speedy trial tribunalDepot fire: CID tries to find the cause on CCTVRussian passports are being issued in occupied UkraineFire on Parabat Express: Railroad to Sylhet is normal after 4 hoursAnother 24 children died in Mariupol, Ukraine said
Home Country Remand of the bride: The High Court is not satisfied with the...
Facebook
Twitter
WhatsApp
Print 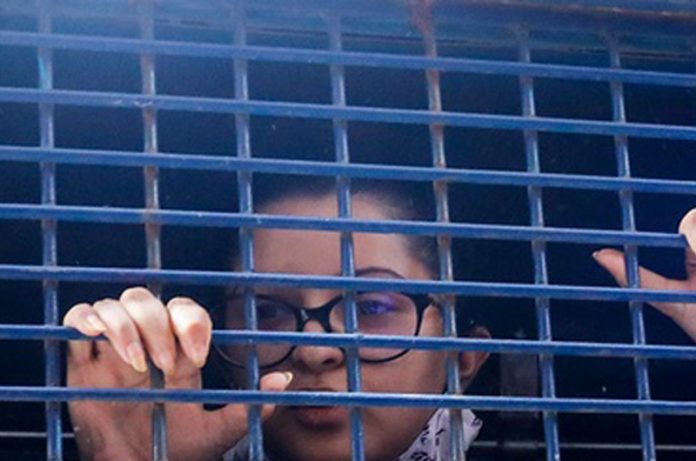 Court Reporter: The High Court is not satisfied with the explanation given by the two metropolitan magistrates of Dhaka in sending the actress Parimani on second and third remand.

A virtual high court bench of Justice Mostafa Zaman Islam and Justice KM Zahid Sarwar Kajal said on Wednesday that one of the two judges had written about the horrors of drugs in his explanation. And the mistake that has been made in granting remand is that the other judge does not believe it.

The High Court sought an explanation from the two magistrates, on the basis of which information the last two remands were granted to the bride.

The bench of the High Court passed the order on September 2 after hearing an application for a self-imposed rule on the validity of the bail rule and remand. The two magistrates were asked to explain them within 10 days.

Accordingly, the two metropolitan magistrates submitted their written explanations to the office of the Registrar of the Supreme Court. When that explanation was presented in the High Court on Wednesday, Justice Mostafa Zaman Islam read out part of the explanation submitted by the two magistrates.

He said, “The guidelines of the High Court and the Supreme Court regarding remand and the existing law are against them. That is why we are not satisfied with their response.

“We are not satisfied with granting the second and third remand in this case, which is why we have fixed September 29 for the next order.”

One of the two metropolitan magistrates argued in favor of the decision to send his girlfriend on remand, citing the suicide of a Dhaka University student with LSD and the horrors of the drug.

After reading it, Justice Mostafa Zaman Islam said, “We have shown him why he granted remand. He described which student had committed suicide at Dhaka University. ”

The senior judge of the bench then read out the explanation of the other magistrate. There, the magistrate said, “Overall, any omission in the order granting a two-day remand is not my intention, it is a mistake made in good faith.”

Justice Mostafa Zaman Islam said, “He does not believe in the error that has taken place here. The High Court has been undermined. ”

On August 4, RAB raided Banani’s house in Dhaka and arrested the actress. The next day, a case was filed against him at Banani police station under the Narcotics Act. He was released on bail about a month later on Wednesday.

Police have questioned him on a seven-day remand for three consecutive days in the case. In the first phase, on August 5, Parimani was sent on remand for four days, on August 10 for two days and on August 19 for one day.

The Law and Arbitration Center (LASC), a human rights and legal aid organization, has repeatedly appealed to the High Court on August 29 seeking a spontaneous rule on the validity of remand.

When it was presented in the court, the senior judge of the bench Mostafa Zaman Islam said on September 1 that the magistrate had ‘abused his remand power’ by granting the remand of his girlfriend in the third phase.

“What material (data) was in front of them that granted remand at the request of the investigating officer? These cannot happen in any civilized society. ”

The next day, the court ordered a hearing in the presence of the Attorney General. Apart from summoning the investigating officer of the drug case of Banani police station against Parimani, they were also asked to know the explanations of the two magistrates who were granted remand in the last two rounds.

The High Court had said that the two magistrates could be summoned if the magistrates’ explanation was not satisfactory.