Headlines
Redwan Rahman graduates from FilmdomThe local government minister has instructed to cut the road if necessary to remove the waterRequest to withdraw closure shop at night till EIDThe days of the Western monolithic world are over: PutinLeaders of Germany, France, and Italy in Kyiv to express solidarity‘Presidents of two countries call and pressurized Mbappé’Two U.S. citizens are thought to be missing or taken prisoner in UkraineCOVID: The technical committee suggested lifting some restrictionsPetrol prices hit record highs in the USCanada wants a stern warning against cigarettesThe task force to protect the mountains, demanded the formation of a speedy trial tribunalDepot fire: CID tries to find the cause on CCTVRussian passports are being issued in occupied UkraineFire on Parabat Express: Railroad to Sylhet is normal after 4 hoursAnother 24 children died in Mariupol, Ukraine said
Home Country Request to withdraw closure shop at night till EID
Facebook
Twitter
WhatsApp
Print 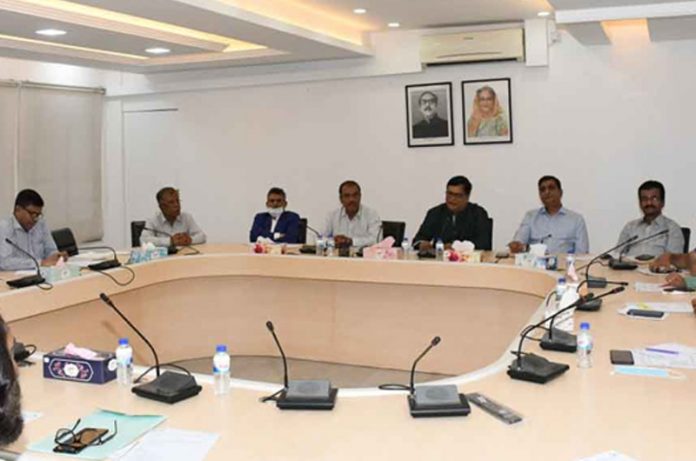 Staff Reporter: The FBCCI, the apex body of traders, has requested to suspend the directive to close shops, stalls, markets, and raw material markets after 8 pm till next Eid-ul-Azha.

The request was made at a meeting of the Standing Committee on Local Garments at the organization’s own office on Saturday, a press release said.

The government has made a rule to close all kinds of shops in the country after 8 pm for a long time to save electricity. But in most cases, it is not accepted.

The Prime Minister’s Office on Thursday sent a letter to the concerned departments of the government instructing them to abide by the order to reduce the cost of electricity and fuel.

The issue came up at a meeting at the FBCCI office on Saturday. At the same time, the efforts of businessmen to revive the country’s economy with the help of the incentive package announced by the government were highlighted.

“In such a situation, if the business is closed after 8 pm, the attempt of the traders to turn around will be hampered.”

The senior vice-president of FBCCI called for postponing the decision to close shops, shopping malls, markets, shopping malls, and raw material markets after 8 pm till Eid-ul-Azha in view of the demands of traders.

He said: In such a scenario, if the trade is restricted till 8 pm, millions of small and medium traders of the country will be in trouble and at the same time the public will have to suffer. ”

The meeting called for taking the initiative to set up a garment village for garment manufacturers in the domestic market, FBCCI Vice President MA Momen.

He said, “For the domestic market, it costs a lot of money for garment manufacturers to collect raw materials from different places and re-package them and sell them in the wholesale market.

“If there is a designated village, the cost will be reduced a lot. This will help the buyers to meet the demand for clothes at more affordable prices. ”

Chairman of the committee and president of the Bangladesh Owners’ Association of Owners. Alauddin Malik presided over the meeting.

He said, “A huge amount of import cost is being saved for the welfare of locally produced garments. This sector will be more prosperous if we get bank loans. ”