Headlines
Redwan Rahman graduates from FilmdomThe local government minister has instructed to cut the road if necessary to remove the waterRequest to withdraw closure shop at night till EIDThe days of the Western monolithic world are over: PutinLeaders of Germany, France, and Italy in Kyiv to express solidarity‘Presidents of two countries call and pressurized Mbappé’Two U.S. citizens are thought to be missing or taken prisoner in UkraineCOVID: The technical committee suggested lifting some restrictionsPetrol prices hit record highs in the USCanada wants a stern warning against cigarettesThe task force to protect the mountains, demanded the formation of a speedy trial tribunalDepot fire: CID tries to find the cause on CCTVRussian passports are being issued in occupied UkraineFire on Parabat Express: Railroad to Sylhet is normal after 4 hoursAnother 24 children died in Mariupol, Ukraine said
Home Sports Ronaldo dedicates the goal of the century to the late child
Facebook
Twitter
WhatsApp
Print 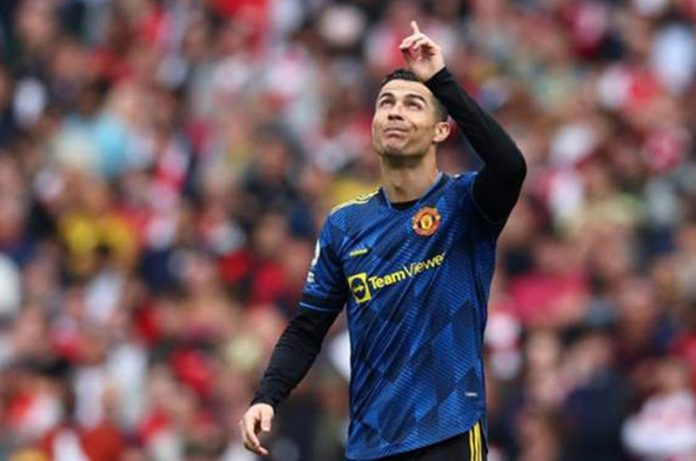 Sports Desk: Cristiano Ronaldo came down to the field in need of the team with the pain of losing a newborn child. Although there was an impression of intense pain in his face, he became effective once again as always in the round. The Manchester United star reached the 100th goal milestone in the Premier League to put the team back on track against Arsenal.

United conceded two goals in the 32nd minute of Saturday’s Premier League match at the Emirates Stadium. Ronaldo fought back the cornered team in the 34th minute with great skill.

Increase Nemania Matich cross from the left to D-box. The five-time Footballer of the Year scored his 100th goal in the Premier League with a shot from in front of two players who were attached to the six-yard box.

Dedicates the goal that touched the milestone to the child who lost a few days ago. Last Monday, Ronaldo shared the bad news of losing a son to a newborn twin through social media. He was not in the match against Liverpool the next day.

However, the Portuguese captain returned to practice after three days, leaving a mark of extreme professionalism in the needs of the team. He got the goal back in the match.

Nothing was seen of his trademark celebration after scoring the goal. Just look up, and raise your finger. He must have sung the boy.

Even with this goal, there have been some changes in the statistics.

He touched the milestone as the 33rd all-rounder and the first Portuguese player to do so.

Ronaldo’s first goal in the English Premier League was on 1 November 2003, against Portsmouth. This is the biggest difference between a player’s first and hundredth goals in the Premier League (18 years, 173 days). The previous record was held by Giggs (17 years, 91 days).

At the same time, Ronaldo (36 years and 7 days) reached the milestone of 100 goals as the oldest player in the Premier League. Peter Crouch (36 years 2 days) passed away here.

With this goal, Ronaldo has scored 16 goals in the current season. His career goals for the club and national team were 811.