Headlines
Redwan Rahman graduates from FilmdomThe local government minister has instructed to cut the road if necessary to remove the waterRequest to withdraw closure shop at night till EIDThe days of the Western monolithic world are over: PutinLeaders of Germany, France, and Italy in Kyiv to express solidarity‘Presidents of two countries call and pressurized Mbappé’Two U.S. citizens are thought to be missing or taken prisoner in UkraineCOVID: The technical committee suggested lifting some restrictionsPetrol prices hit record highs in the USCanada wants a stern warning against cigarettesThe task force to protect the mountains, demanded the formation of a speedy trial tribunalDepot fire: CID tries to find the cause on CCTVRussian passports are being issued in occupied UkraineFire on Parabat Express: Railroad to Sylhet is normal after 4 hoursAnother 24 children died in Mariupol, Ukraine said
Home Entertainment Russia in space for the first time to make movies
Facebook
Twitter
WhatsApp
Print 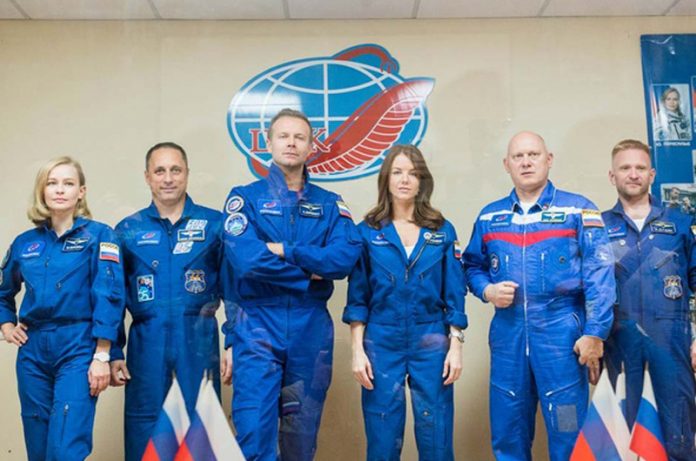 News Desk: For the first time, a Russian actress and a film director flew to the International Space Station to capture a movie scene, leaving behind Hollywood actor Tom Cruise.

Perseld will play a physician in the movie; To save the life of an astronaut who was told to go to the space station. Other astronauts will also be seen in the movie.

Peresild and Shipenko have two professional astronauts with them on the 12-day mission.

The Russian Soyuz MS-19 spacecraft took them from Baikonur spacecraft near Kazakhstan to Earth orbit. They are scheduled to arrive at the International Space Station on Wednesday at 3:12 a.m. Moscow local time.

This space journey in a small capsule for Klim Shipenko, six feet 2 inches high, will be quite challenging. However, he is also interested in doing a series on Mars in the future.

Russia’s state media broadcasts the whole process of flying in the atmosphere of patriotism. The country’s TV station Channel One broadcasts the latest news of every moment, starting from the moment of flight.

Kremlin spokesman Dmitry Peskov said: “We are pioneers in space and whatever it is, we still have the confidence to lead.

“Yes, others are following in our footsteps, but that competition is definitely for something good. This kind of flight for our country, which has popularized our achievements, is also good news for basic thinking about space. ”

According to a Reuters report, Russia overtook the United States in the competition to make a space film through this mission.

Actor Tom Cruise will fly into space with a SpaceX rocket for a Hollywood movie, NASA announced last year. However, the name of the movie has not been decided yet.

Russia’s space operations have been stagnant for years due to accidents and corruption scandals. On the other hand, private companies in the United States have built new spacecraft with the investment of rich businessmen like Elon Musk and Jeff Bezos.

Russia’s competition with the United States in space dates back to the Cold War. Although Moscow sent the first satellite and the first woman and man into space, NASA printed them through a successful mission to the moon.