Headlines
The local government minister has instructed to cut the road if necessary to remove the waterRequest to withdraw closure shop at night till EIDThe days of the Western monolithic world are over: PutinLeaders of Germany, France, and Italy in Kyiv to express solidarity‘Presidents of two countries call and pressurized Mbappé’Two U.S. citizens are thought to be missing or taken prisoner in UkraineCOVID: The technical committee suggested lifting some restrictionsPetrol prices hit record highs in the USCanada wants a stern warning against cigarettesThe task force to protect the mountains, demanded the formation of a speedy trial tribunalDepot fire: CID tries to find the cause on CCTVRussian passports are being issued in occupied UkraineFire on Parabat Express: Railroad to Sylhet is normal after 4 hoursAnother 24 children died in Mariupol, Ukraine saidBelayet, who is in his fifties, has been given a good admission test against young
Home Headlines Should not underestimate the risk of ‘serious’ nuclear war: Russia
Facebook
Twitter
WhatsApp
Print 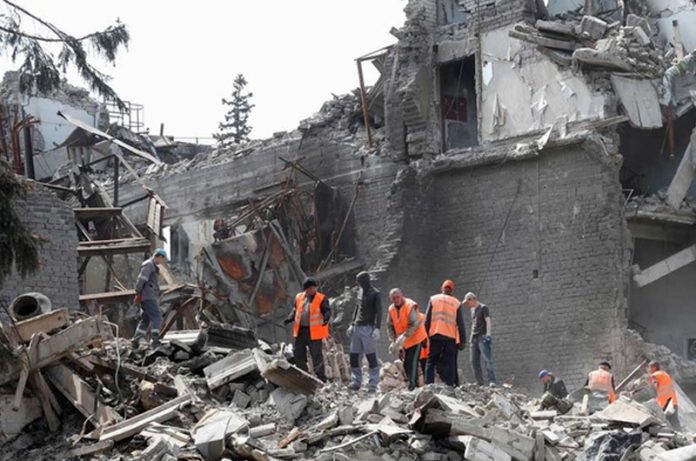 News Desk: Russia has warned the world not to underestimate the “serious” risk of nuclear war, saying it wants to reduce that risk. It also warned that it would consider shipments of conventional weapons sent to Ukraine by the West as legitimate targets.

Sergei Lavrov, Russia’s foreign minister, told state television that “the risk is enough now. I do not want to artificially increase these risks. Many people want it.

“The danger is serious, real. And we should not underestimate it. “

Lavrov was responding to a question about the importance of avoiding World War III, according to Reuters.

Lavrov was also asked if the current situation was similar to the one in which US-Soviet relations deteriorated during the Cuban Missile Crisis in 1962.

In response, Lavrov said, “In fact, NATO is engaged in a war with Russia through a representative and is providing arms to that representative. War means war. “

Following Lavrov’s interview, Ukrainian Foreign Minister Dmitry Kuleba wrote on Twitter: “Russia has lost its last hope of stopping the world by threatening to support Ukraine. It simply means that Russia is losing. “

During a visit to Kiev on Sunday, US Secretary of State Anthony Blinken and Secretary of Defense Lloyd Austin pledged more military assistance to Ukraine.

On Monday, the US State Department used an emergency declaration to approve the possible sale of কাছে 175 million worth of ammunition to Ukraine. The Pentagon said in a statement that the weapons were loaded with Howitzer cannons, tanks, and grenade launchers.

Moscow’s ambassador to Washington has called on the United States to suspend arms shipments; He warned that Western arms conflicts were escalating.

Russia’s two-month offensive in Ukraine has killed thousands of people, destroyed towns and cities, and forced more than 5 million to flee the country. This is the largest attack in any European country since 1945.

Russia says it is conducting a “special military operation” in the neighboring country to disarm and liberate Ukraine.