Headlines
The local government minister has instructed to cut the road if necessary to remove the waterRequest to withdraw closure shop at night till EIDThe days of the Western monolithic world are over: PutinLeaders of Germany, France, and Italy in Kyiv to express solidarity‘Presidents of two countries call and pressurized Mbappé’Two U.S. citizens are thought to be missing or taken prisoner in UkraineCOVID: The technical committee suggested lifting some restrictionsPetrol prices hit record highs in the USCanada wants a stern warning against cigarettesThe task force to protect the mountains, demanded the formation of a speedy trial tribunalDepot fire: CID tries to find the cause on CCTVRussian passports are being issued in occupied UkraineFire on Parabat Express: Railroad to Sylhet is normal after 4 hoursAnother 24 children died in Mariupol, Ukraine saidBelayet, who is in his fifties, has been given a good admission test against young
Home Headlines Russia threatens war in response to cyber attacks
Facebook
Twitter
WhatsApp
Print 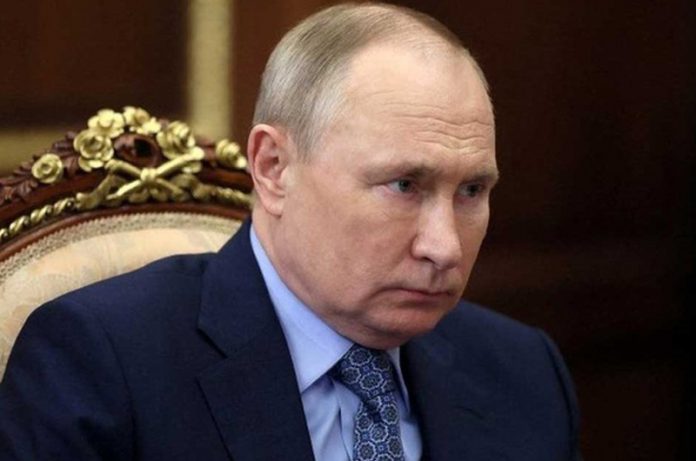 Md. Ashraful Islam: Moscow has threatened Western powers with a war of attrition over a cyber attack on Russia’s vital infrastructure.

Russia’s foreign ministry has said it will launch military strikes on specific targets if Russia is challenged in the cyber world.

The website of the Russian Ministry of Housing was attacked in the first week of June. After searching the internet for some time, the searchers found a post in Ukrainian instead of ‘Glory to Ukraine’ instead of the site.

Russia’s foreign ministry said in a statement that key Russian infrastructure and state-owned enterprises had been hit by cyberattacks.

Russia has blamed the United States and Ukraine for the attack, according to Reuters.

The Foreign Ministry said in a statement that Russia had “no qualms about responding to the aggression.” All of our actions will be moderate, on specific targets, and in compliance with local and international law. ”

In a statement, the ministry said in a statement that Washington was “deliberately” lowering the bar on the military use of information technology.

“The militarization of Western information technology and its transformation into a battleground for inter-state conflict is increasing the risk of a direct military conflict at an alarming rate.”

Russian government agencies and media websites have been the target of sporadic cyber attacks since the military invasion of Ukraine began in February. In most cases, hackers are posting information that contradicts Russia’s official position on hacked websites.

Ukraine and the West, meanwhile, see Russia’s interpretation as an “excuse for an illegal aggression.”

In May, President Vladimir Putin announced that the number of foreign “state-backed” cyber attacks on Russia had multiplied. In this context, he called for strengthening the information technology security of his country.