Headlines
Redwan Rahman graduates from FilmdomThe local government minister has instructed to cut the road if necessary to remove the waterRequest to withdraw closure shop at night till EIDThe days of the Western monolithic world are over: PutinLeaders of Germany, France, and Italy in Kyiv to express solidarity‘Presidents of two countries call and pressurized Mbappé’Two U.S. citizens are thought to be missing or taken prisoner in UkraineCOVID: The technical committee suggested lifting some restrictionsPetrol prices hit record highs in the USCanada wants a stern warning against cigarettesThe task force to protect the mountains, demanded the formation of a speedy trial tribunalDepot fire: CID tries to find the cause on CCTVRussian passports are being issued in occupied UkraineFire on Parabat Express: Railroad to Sylhet is normal after 4 hoursAnother 24 children died in Mariupol, Ukraine said
Home Headlines Russian bombing of schools in eastern Ukraine, many feared dead
Facebook
Twitter
WhatsApp
Print 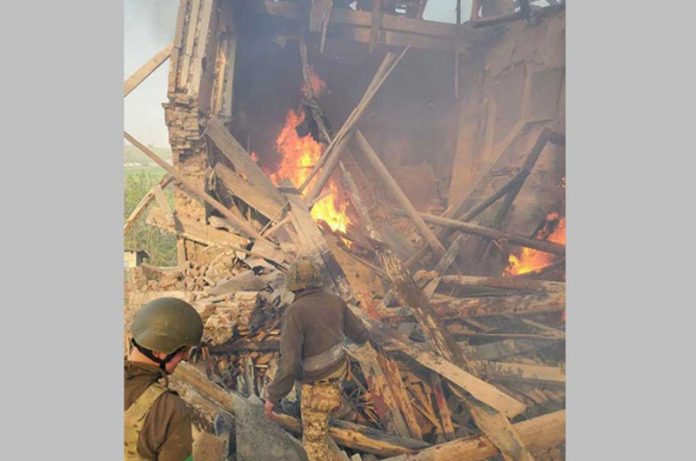 International Desk: Russia has bombed a school in the village of Belohorivka in the Luhansk region of eastern Ukraine. The entire village took refuge in the school to save lives during the war.

Meanwhile, two bodies have been recovered. The governor of Luhansk said at least 60 more people were trapped under the rubble. All of whom are feared dead. About 90 villagers took shelter in the school.

On Sunday, Governor Serhi Gidai said Russian forces had dropped a bomb on the school on Saturday afternoon. Where about 90 people took refuge. The bombing set the entire building on fire.

“After about four hours of trying, the fire was brought under control,” he wrote in a telegram messaging app. Then the work of removing the rubble began. Unfortunately, the bodies of two people were found there.

“Thirty people have been rescued alive from the rubble. Seven of them were injured. Probably 70 people have died under the rubble of the building. “

The news agency Reuters could not independently verify his claim.

Russia’s offensive in Ukraine 10 weeks ago has so far claimed thousands of lives. Many cities have been destroyed. More than 5 million people have fled the country and become refugees in other countries.