Headlines
Redwan Rahman graduates from FilmdomThe local government minister has instructed to cut the road if necessary to remove the waterRequest to withdraw closure shop at night till EIDThe days of the Western monolithic world are over: PutinLeaders of Germany, France, and Italy in Kyiv to express solidarity‘Presidents of two countries call and pressurized Mbappé’Two U.S. citizens are thought to be missing or taken prisoner in UkraineCOVID: The technical committee suggested lifting some restrictionsPetrol prices hit record highs in the USCanada wants a stern warning against cigarettesThe task force to protect the mountains, demanded the formation of a speedy trial tribunalDepot fire: CID tries to find the cause on CCTVRussian passports are being issued in occupied UkraineFire on Parabat Express: Railroad to Sylhet is normal after 4 hoursAnother 24 children died in Mariupol, Ukraine said
Home Headlines Russian ‘general killed’ in eastern Ukraine
Facebook
Twitter
WhatsApp
Print 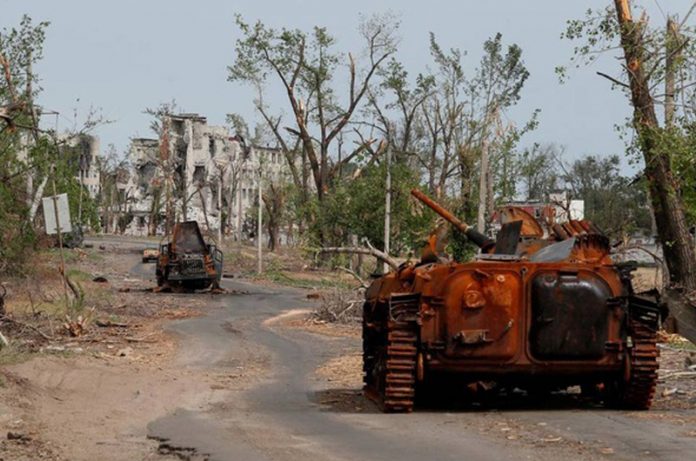 Md. Ashraful Islam: A Russian army general has been killed in eastern Ukraine, a state-run media has reported.

Alexander Sladkov, a journalist with Russia’s state-run television, broke the news on Sunday on the messaging app Telegram, Reuters reported. However, he did not specify when and where Major General Raman Qutuz was killed.

Russia tried to seize the capital, Kyiv, after launching an offensive in Ukraine in February, but failed and turned its attention to the country’s east. They have now stepped up their attacks to seize Severodonetsk, an important city in the Luhansk region of the region known as Donbas. The whole of the province of Luhansk would fall under their control if they could capture this city and another small town adjacent to it; According to reports, here they are facing fierce resistance from Ukrainian forces.

Russia has already classified its military deaths as state secrets. They have not given an official update on how many troops have been killed in Ukraine since March 25. At the time, they said, 1351 Russian soldiers had been killed since the start of the military operation in Ukraine on February 24.

Russia says Ukraine’s “neo-Nazi” nationalists pose a threat to the country’s Russian-speaking population, so it is conducting “special military operations” there to suppress them and disarm the neighboring country. Ukraine and its Western allies have called Russia’s claim an excuse to launch an attack.

The United Kingdom’s defense ministry said on Monday that Russia’s central and junior ranks in Ukraine had suffered significant casualties.