Headlines
The local government minister has instructed to cut the road if necessary to remove the waterRequest to withdraw closure shop at night till EIDThe days of the Western monolithic world are over: PutinLeaders of Germany, France, and Italy in Kyiv to express solidarity‘Presidents of two countries call and pressurized Mbappé’Two U.S. citizens are thought to be missing or taken prisoner in UkraineCOVID: The technical committee suggested lifting some restrictionsPetrol prices hit record highs in the USCanada wants a stern warning against cigarettesThe task force to protect the mountains, demanded the formation of a speedy trial tribunalDepot fire: CID tries to find the cause on CCTVRussian passports are being issued in occupied UkraineFire on Parabat Express: Railroad to Sylhet is normal after 4 hoursAnother 24 children died in Mariupol, Ukraine saidBelayet, who is in his fifties, has been given a good admission test against young
Home More Aviation Russian helicopters are being bought for the police
Facebook
Twitter
WhatsApp
Print 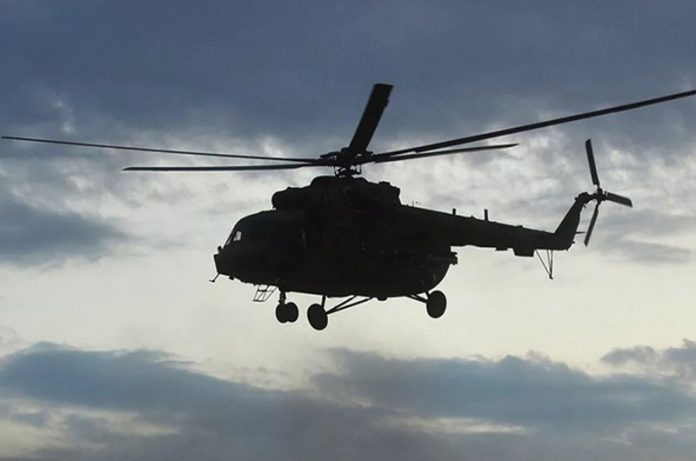 Staff Reporter: The government has decided to buy two state-of-the-art helicopters from Russia for use in the police force.

The proposal was approved at a meeting of the Cabinet Committee on Economic Affairs on Wednesday, said Samsul Arefin, Additional Secretary to the Cabinet.

The meeting also approved a proposal to extend the stockpile of back-to-back LCs of bond-licensed garment exporters to six months. Earlier this period was four months.

“A proposal to purchase two Mi-171A2 helicopters from Russia’s JSC Russian Helicopters under the GTZ method for Bangladesh Police under the Police Department of the Public Security Department has been approved.”

Samsul Arefin said that out of these, proposals number 24 (18) and 24 (29) were approved. Another offer has been returned for further verification.

In this regard, he said, the amendment proposals were to increase the facilities of back-to-back LCs for bond-licensed garment exporters.

“Earlier, licensees could stockpile goods for four months in favor of LCs, but now it has been extended to six months.”

In addition, those who could import 33 percent of their production capacity on the basis of back-to-back LCs under Bonded Warehouse licensees have been increased to 50 percent. And the storage period has been extended from four months to six months.

Meanwhile, the Cabinet Committee on Public Procurement has approved the import of 100,000 tonnes of wheat from Russia at Tk 35.60 per kg, he said.

The policy decision on wheat import has already been passed in the meeting of the Cabinet Committee on Economic Affairs.

“One lakh tonnes of wheat will be bought from Russia. The price of wheat per tonne stands at ৯ 419; The total cost will be 356 crores 71 lakh 75 thousand rupees as the value of each dollar is 75 rupees 45 paise, ”said the additional secretary.

33.7 million MMBTU LNG is being purchased from Vital Asia in Singapore at a price of দশ 35.69 per unit (MMBTU); The total value of 1 thousand 205 crores 72 lakh rupees.

Besides, 33 lakh 60 thousand tons of LNG will be purchased from Ganvar Singapore at a price of ৬ 36.95 per unit. In this case, the exchange rate of the dollar is 65 rupees 45 paise and the total cost is one thousand 241 crores 22 lakh rupees.

Regarding the high price of LNG, the Finance Minister said, “The price of LNG is constantly rising in the international market. So we bought in advance until December. ”