Headlines
Redwan Rahman graduates from FilmdomThe local government minister has instructed to cut the road if necessary to remove the waterRequest to withdraw closure shop at night till EIDThe days of the Western monolithic world are over: PutinLeaders of Germany, France, and Italy in Kyiv to express solidarity‘Presidents of two countries call and pressurized Mbappé’Two U.S. citizens are thought to be missing or taken prisoner in UkraineCOVID: The technical committee suggested lifting some restrictionsPetrol prices hit record highs in the USCanada wants a stern warning against cigarettesThe task force to protect the mountains, demanded the formation of a speedy trial tribunalDepot fire: CID tries to find the cause on CCTVRussian passports are being issued in occupied UkraineFire on Parabat Express: Railroad to Sylhet is normal after 4 hoursAnother 24 children died in Mariupol, Ukraine said
Home Headlines Russian President Putin is not going to the climate conference
Facebook
Twitter
WhatsApp
Print 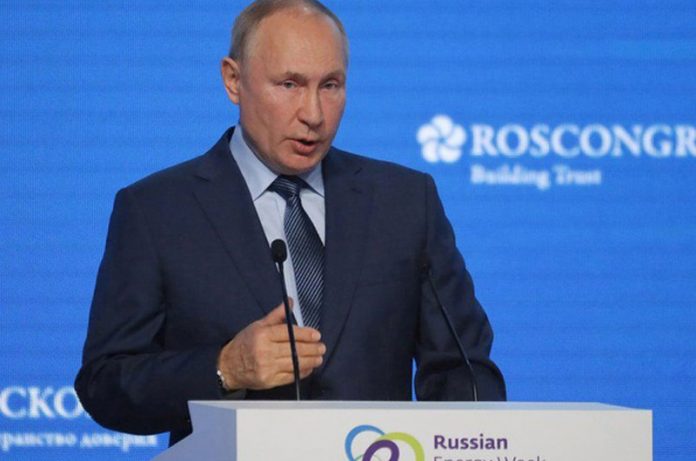 Md. Ashraful Islam: Russian President Vladimir Putin is not going to Glasgow to attend the COP 27 climate conference. The Russian president’s office, the Kremlin, said in a statement.

According to the BBC, no reason has been given for Putin’s decision. But a Kremlin spokesman said Russia’s “important” priority was climate change.

World leaders will gather in Glasgow, Scotland’s largest city, for the COP 28 climate conference to be held from October 31 to November 12.

“Unfortunately, Putin is not going to Glasgow,” Kremlin spokesman Dmitry Peskov told reporters. But the most important priority in our foreign policy is tackling climate change. ”

Putin did not comment on the president’s announcement. However, speaking at an international energy forum in Moscow on October 13, Putin said the Kovid-19 epidemic was a consideration in his decision to travel somewhere.

“I don’t know if I will be physically present at the COP 28 conference,” he said. But I will definitely take part in it. ”

The Chinese president is also unlikely to attend the Glasgow climate conference. However, Chinese officials have not ruled out a change in the plan.

Earlier in October, Australian Prime Minister Scott Morrison was also hesitant to attend the COP 26 conference. He was criticized for this. Morrison later said he was attending the conference in the face of international pressure.

Observers at the conference will see how Russia and other fossil fuel-producing countries around the world show willingness to reduce their dependence on this energy.