Headlines
Redwan Rahman graduates from FilmdomThe local government minister has instructed to cut the road if necessary to remove the waterRequest to withdraw closure shop at night till EIDThe days of the Western monolithic world are over: PutinLeaders of Germany, France, and Italy in Kyiv to express solidarity‘Presidents of two countries call and pressurized Mbappé’Two U.S. citizens are thought to be missing or taken prisoner in UkraineCOVID: The technical committee suggested lifting some restrictionsPetrol prices hit record highs in the USCanada wants a stern warning against cigarettesThe task force to protect the mountains, demanded the formation of a speedy trial tribunalDepot fire: CID tries to find the cause on CCTVRussian passports are being issued in occupied UkraineFire on Parabat Express: Railroad to Sylhet is normal after 4 hoursAnother 24 children died in Mariupol, Ukraine said
Home Headlines Russia’s invasion has turned Donbass into ‘hell’: Zelensky
Facebook
Twitter
WhatsApp
Print 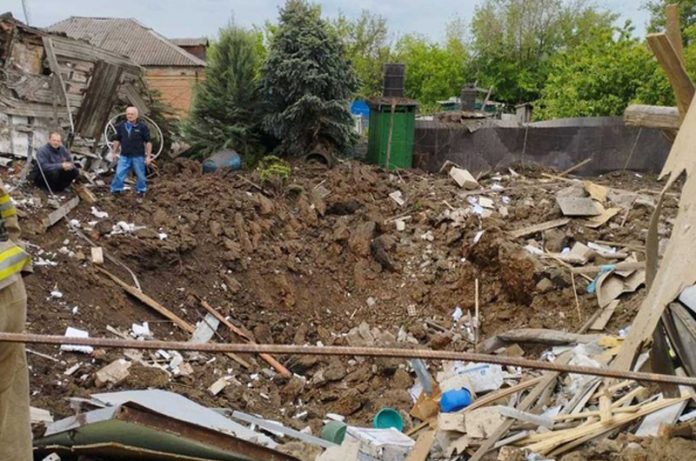 Md. Ashraful Islam: President Volodymyr Zelensky has accused Ukraine of destroying the industrial zone of Donbas, the epicenter of a recent Russian offensive.

After withdrawing from the Ukrainian capital, Russia focused on occupying the Donetsk and Luhansk territories. To this end, they launched a massive attack. The region is claimed by Russian-speaking separatists in Ukraine.

“The occupiers are trying to exert more pressure,” he said in a speech to the nation on Thursday night. The situation there is hellish, and this is not an exaggeration.

“In the Odesa region, cities in central Ukraine are under constant attack. Donbas has been completely destroyed. ”

Moscow has called the attack a “special military operation” to crack down on fascists and neo-Nazis in Ukraine. And Kyiv and its Western allies say Russia is using baseless excuses to start a war in Binauskani.

As the attack draws to a close, the U.S. Senate has approved a new সহায়তা 40 billion aid package for Ukraine; This is the largest relief effort in the United States so far, according to Reuters.

The G7 group of rich countries has also agreed to pay 16.4 billion to Ukraine. Ukraine says the money will help it win a quick victory against Russia, and that it is “as important as the weapons you provide.”

A U.S. official has said that the White House is working to deliver sophisticated anti-ship missiles to Ukrainian fighters to end Russia’s naval blockade.

US Secretary of State Anthony Blinken has accused Russia of “taking” supplies hostage and using food as a weapon against billions of people, not just Ukrainians.

The war in Ukraine has pushed up the prices of food grains, cooking oil, fuel, and fertilizers worldwide. However, Moscow has blamed Western sanctions against Russia.

The European Union (EU) has said it is examining whether the assets seized by Russia’s politically influential rich could be used to help rebuild Ukraine. At the same time, the United States is considering imposing sanctions on countries that continue to buy Russian oil.