Headlines
Redwan Rahman graduates from FilmdomThe local government minister has instructed to cut the road if necessary to remove the waterRequest to withdraw closure shop at night till EIDThe days of the Western monolithic world are over: PutinLeaders of Germany, France, and Italy in Kyiv to express solidarity‘Presidents of two countries call and pressurized Mbappé’Two U.S. citizens are thought to be missing or taken prisoner in UkraineCOVID: The technical committee suggested lifting some restrictionsPetrol prices hit record highs in the USCanada wants a stern warning against cigarettesThe task force to protect the mountains, demanded the formation of a speedy trial tribunalDepot fire: CID tries to find the cause on CCTVRussian passports are being issued in occupied UkraineFire on Parabat Express: Railroad to Sylhet is normal after 4 hoursAnother 24 children died in Mariupol, Ukraine said
Home Headlines Sarah Evard murder: British police officer sentenced to life imprisonment
Facebook
Twitter
WhatsApp
Print 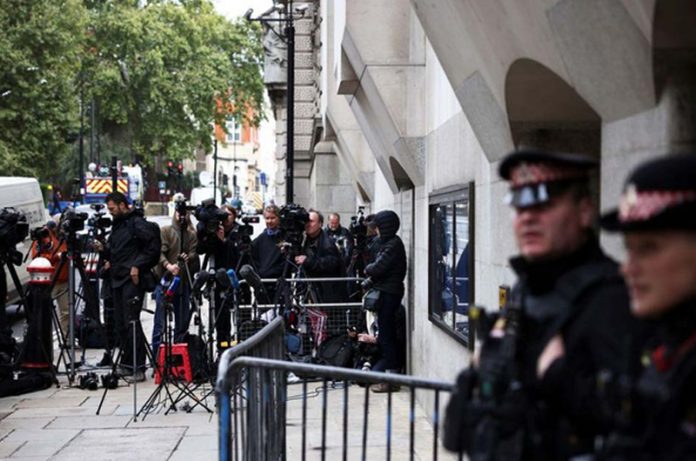 News Desk: A British court has sentenced a British police officer to life in prison for raping and killing a woman on a London street.

On the evening of March 3, local time, 33-year-old Sarah Evard was returning home from a visit to a friend in south London; Wayne Cougans, a London Metropolitan Police officer at the time, forced him into a rented car in the name of the arrest.

A week later, Avarad’s body was found in a tree-lined area in southeast England.

This incident shook the United Kingdom; There are also several anti-violence programs in various cities across the country, according to Reuters.

Kuznets, 46, was in charge of guarding various diplomatic premises.

Cuzens has no chance of being released on parole, as he is serving a life sentence.

“Nothing can make us happy, nothing can bring Sara back. But I am relieved to know that he (Cousins) will have to spend the rest of his life in prison.

“As a police officer, Wayne Cougans was in a position to be trusted, but he broke that trust by pushing Sarah to the brink of death, and we are outraged and hurt,” the family said in a statement.

One eyewitness said he saw a handcuff in his hand just before Evarad went missing.

According to the police investigation team, Kuznets may have cited the Covid-19 directive as the reason for taking Evard in the name of the arrest.

Judge Adrian Fulford believes Kuznets has long been planning to sexually abuse someone in custody.

“I have no doubt that the accused used his police officer’s identity for this purpose and took Evard in a rented car for a false reason,” he said.

The Metropolitan Police said they were “ashamed, hurt, and angry” at Kujens’s actions.

Police Commissioner Cressida Dick has also apologized to the family of the slain Evard.

“We will have police to protect us. I know that many police officers like us are stunned and helpless by his (Cougans’) actions, “said British Prime Minister Boris Johnson.

“Sara Evarad was walking home. Women should trust the police, not be afraid. “Women’s confidence in the police has been completely destroyed (in this case),” she said.