Headlines
Redwan Rahman graduates from FilmdomThe local government minister has instructed to cut the road if necessary to remove the waterRequest to withdraw closure shop at night till EIDThe days of the Western monolithic world are over: PutinLeaders of Germany, France, and Italy in Kyiv to express solidarity‘Presidents of two countries call and pressurized Mbappé’Two U.S. citizens are thought to be missing or taken prisoner in UkraineCOVID: The technical committee suggested lifting some restrictionsPetrol prices hit record highs in the USCanada wants a stern warning against cigarettesThe task force to protect the mountains, demanded the formation of a speedy trial tribunalDepot fire: CID tries to find the cause on CCTVRussian passports are being issued in occupied UkraineFire on Parabat Express: Railroad to Sylhet is normal after 4 hoursAnother 24 children died in Mariupol, Ukraine said
Home Headlines Serbia’s new agreement with Russia to get gas
Facebook
Twitter
WhatsApp
Print 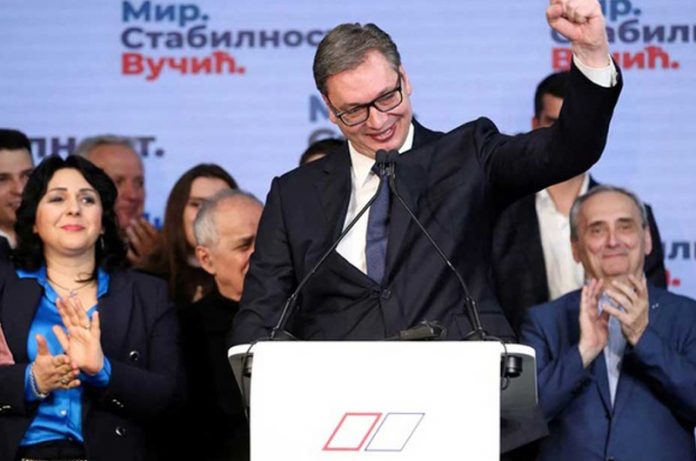 International Desk: Serbian President Aleksandar Bucic has said that the two countries have agreed on a new agreement to continue the supply of gas from Russia. He said in a telephone conversation with Russian President Vladimir Putin that they had agreed to the deal.

Serbia already has a 10-year gas supply agreement with Gazprom, Russia’s largest energy company. Which is scheduled to expire on May 31.

“I can’t say anything right now about the price of gas,” Serbian President Boucic told reporters after the agreement was reached. Everything will be settled through detailed discussions with Gazprom. ”

Although he did not provide information on gas prices, he said that this year’s gas prices would be related to oil prices and that he had agreed with President Putin on the issue.

The Russian government owns a 50 percent stake in the energy company Gazprom.

Russian Foreign Minister Sergei Lavrov will visit Serbia early next month. During his visit, the gas agreement between the two countries may be signed.

Russia has already cut off gas exports to European Union (EU) member states Finland, Poland, and Bulgaria in retaliation for Western sanctions on Russia over the Ukraine war.

Bouchik has been saying that he wants Serbia to join the European Union. But in recent years, he has been seen strengthening Serbia’s ties with Russia.

Bouchik also denied condemning Moscow over Russia’s attack on Ukraine. Serbia did not join the group, despite Western sanctions against Russia over the attack.

Instead, other Serbian leaders, including Bucic, allege that the West is pressuring Belgrade to impose sanctions on Russia. They say the Balkans must resist such pressure. Even if it hinders the goal of joining the European Union, it must do so.

Bouchik also said that he had talked with Putin about increasing Russia’s gas reserves in Serbia. He is considered Putin’s closest ally in Europe.

“Putin has told me that if I think we need to discuss this further, I should call him,” he said.

Since 2006, Serbia has handed over control of the oil and gas sector to Russian companies. Gazprom Nefat and Gazprom together hold the majority stake in the country’s only oil company.