Headlines
Redwan Rahman graduates from FilmdomThe local government minister has instructed to cut the road if necessary to remove the waterRequest to withdraw closure shop at night till EIDThe days of the Western monolithic world are over: PutinLeaders of Germany, France, and Italy in Kyiv to express solidarity‘Presidents of two countries call and pressurized Mbappé’Two U.S. citizens are thought to be missing or taken prisoner in UkraineCOVID: The technical committee suggested lifting some restrictionsPetrol prices hit record highs in the USCanada wants a stern warning against cigarettesThe task force to protect the mountains, demanded the formation of a speedy trial tribunalDepot fire: CID tries to find the cause on CCTVRussian passports are being issued in occupied UkraineFire on Parabat Express: Railroad to Sylhet is normal after 4 hoursAnother 24 children died in Mariupol, Ukraine said
Home Uncategorized Shimulia-Banglabazar route
Facebook
Twitter
WhatsApp
Print 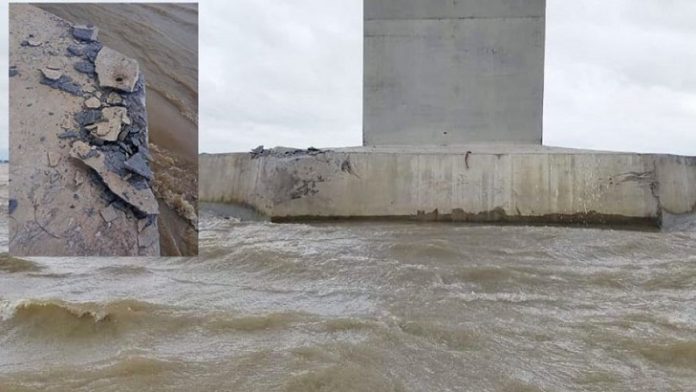 Of the 16 ferries on the Shimulia-Banglabazar route, 14 do not have fitness certificates. Not only that; It is learned that most of the ferries also lack the necessary safety equipment. It may be mentioned that this information has come up in the report of the high-level investigation committee formed on the incident of injury of Shahjalal on July 23 on the 18th pillar of Padma Bridge.

It has also been recommended to conduct safety audits on each ferry twice a year as well as to determine separate routes for coming and going to avoid collisions with the Padma Bridge and to install fenders at the front and back of the ferries.

In the meantime, the Ministry of Shipping has directed to stop the operation of all the 6-row ferries on the Shimulia-Banglabazar route. As has been seen in the past, various steps are usually taken after an accident. Needless to say, if the people concerned had been aware of this even before the accident, then such an accident would not have happened around the dream Padma Bridge.

The horrible information is that many of the 53 ferries currently in BIWTC’s fleet are over 40 years old. According to the law, the Department of Shipping does not issue fitness certificates for vessels over 40 years of age. The question is, on what basis were these ferries plying the river? BIWTC, however, claims that their ferries are built under the supervision of the International Classification Society, so they are very strong, and even after 40 years, operating the ferry is financially profitable. However, in calculating the profit, it has been proved that the opposite has happened in the case of hitting the pillars of the Padma Bridge under construction three times in a row.

Our experience is that the rules and recommendations issued after an accident on a waterway are subject to investigation and are soon forgotten. As a result, there is no significant change in the situation. There were at least 404 shipping accidents in the country between 198 and mid-2011. A research report aimed at identifying the causes of waterway accidents has found faulty vessels, incompetence of master-pilots and engine operators, carrying extra passengers and cargo, lack of adequate safety measures, lack of ventilation, and violation of weather laws. It is expected that the authorities will take steps to implement the recommendations of the inquiry committee on education from the accident on the Shimulia-Banglabazar route.