Headlines
Redwan Rahman graduates from FilmdomThe local government minister has instructed to cut the road if necessary to remove the waterRequest to withdraw closure shop at night till EIDThe days of the Western monolithic world are over: PutinLeaders of Germany, France, and Italy in Kyiv to express solidarity‘Presidents of two countries call and pressurized Mbappé’Two U.S. citizens are thought to be missing or taken prisoner in UkraineCOVID: The technical committee suggested lifting some restrictionsPetrol prices hit record highs in the USCanada wants a stern warning against cigarettesThe task force to protect the mountains, demanded the formation of a speedy trial tribunalDepot fire: CID tries to find the cause on CCTVRussian passports are being issued in occupied UkraineFire on Parabat Express: Railroad to Sylhet is normal after 4 hoursAnother 24 children died in Mariupol, Ukraine said
Home International Sri Lanka: The economic crisis is fading, hoping for the recovery of...
Facebook
Twitter
WhatsApp
Print 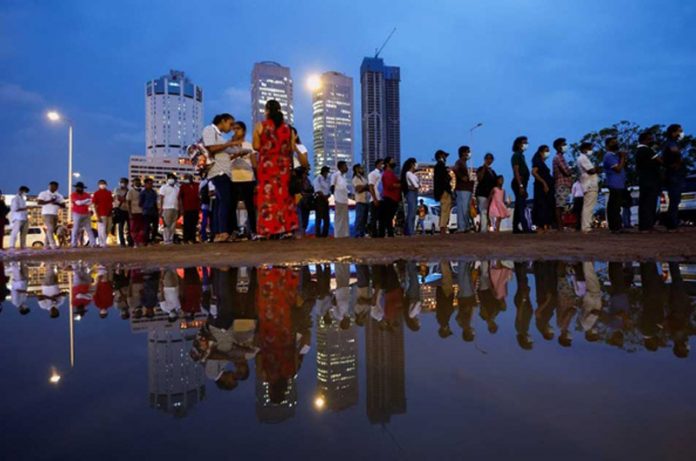 News Desk: The city of Gale, on the southern coast of Sri Lanka, with its ancient forts and sandy beaches, was supposed to be crowded with holidaymakers at this time of year.

Instead, another round of load-shedding has darkened the city, leaving most of the historic area uninhabited; A lone tourist was seen trying to find his way on a black dirt road with a flashlight on.

Before COVID, Gall was increasingly popular as a tourist destination; When the global epidemic hit, travel around the world began to be disrupted in 2020.

As the situation improves, the people in the sector hoped that Gaul would become a tourist attraction again; But as Sri Lanka plunges into its worst post-independence economic crisis, its hopes are dashed, according to a Reuters report.

Over the past few weeks, scores of people on the island, which has been plagued by power outages and food shortages, have taken to the streets to protest, demanding the resignation of President Gotabaya Rajapaksa.

One person was killed in protests on Tuesday, the first since the country began protests last month.

In March this year, the number of tourists in Sri Lanka exceeded one lakh in two years, according to the country’s tourism office.

Compared to last year, it was expected that many more tourists would come this year; Many were hoping that the epidemic would be offset by this.

“People are protesting. Road closed. “Tourists need to travel, so they need fuel, and they can’t stand in line,” said Samita, who works as a front office executive at a hotel in Galle.

While Sri Lanka is scrambling to borrow up to 3000 corers dollars from multiple sources, including India, China, and the World Bank, to import essential commodities, Gaul’s restaurant and hotel owners are optimistic that the tourism sector will turn around and see profits.

Sri Lanka is also in talks with the International Monetary Fund (IMF) to ease the foreign exchange crisis.

Sepalika Abeisundara, the owner of an antique shop, gasped as she talked about her problems on a stormy afternoon as a group of tourists is posing for pictures, strolling the scenic streets.

“It simply came to our notice then. I am having a hard time seeing the condition of our country, ” said the woman.