Headlines
Redwan Rahman graduates from FilmdomThe local government minister has instructed to cut the road if necessary to remove the waterRequest to withdraw closure shop at night till EIDThe days of the Western monolithic world are over: PutinLeaders of Germany, France, and Italy in Kyiv to express solidarity‘Presidents of two countries call and pressurized Mbappé’Two U.S. citizens are thought to be missing or taken prisoner in UkraineCOVID: The technical committee suggested lifting some restrictionsPetrol prices hit record highs in the USCanada wants a stern warning against cigarettesThe task force to protect the mountains, demanded the formation of a speedy trial tribunalDepot fire: CID tries to find the cause on CCTVRussian passports are being issued in occupied UkraineFire on Parabat Express: Railroad to Sylhet is normal after 4 hoursAnother 24 children died in Mariupol, Ukraine said
Home Headlines Sri Lanka will change the existing ‘unrealistic’ budget
Facebook
Twitter
WhatsApp
Print 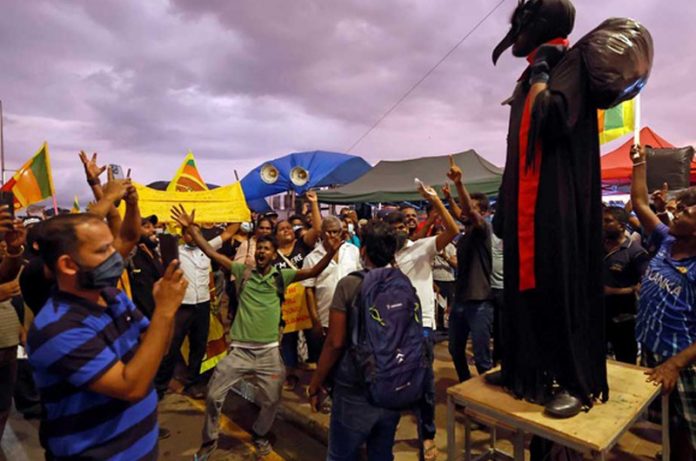 Finance Minister Ali Sabri made the remarks at a session of the country’s parliament on Wednesday, according to Reuters.

Sabri said they were in talks with the World Bank to increase aid from 300 million to 700 million.

The Indian Ocean island nation has been hit hard by the Kovid-19 epidemic, which has led to a tax cut by President Gotabaya Rajapaksa’s government. In the midst of a severe foreign exchange crisis, the country turned to the International Monetary Fund (IMF) for emergency financial assistance.

Anti-government protests have been raging on the island for weeks due to massive inflation and a crisis over imported food, energy, and medicine, which has sometimes turned violent.

“The existing budget is unrealistic to meet our challenges,” Sabri told a session of parliament. We will bring a new budget that will try to address the key issues of low government revenue. ”

Sabri said he wanted to increase tax revenue from the current 8.7 per cent to 14 percent in the next two years as part of GDP.

He said a financial and legal adviser would be appointed within the next two weeks for the proposed restructuring of Sri Lanka’s sovereign debt. He said the government was keen to work with the IMF on structural reforms.

“This is the only way to get the economy into a sustainable position,” he said.