Headlines
Redwan Rahman graduates from FilmdomThe local government minister has instructed to cut the road if necessary to remove the waterRequest to withdraw closure shop at night till EIDThe days of the Western monolithic world are over: PutinLeaders of Germany, France, and Italy in Kyiv to express solidarity‘Presidents of two countries call and pressurized Mbappé’Two U.S. citizens are thought to be missing or taken prisoner in UkraineCOVID: The technical committee suggested lifting some restrictionsPetrol prices hit record highs in the USCanada wants a stern warning against cigarettesThe task force to protect the mountains, demanded the formation of a speedy trial tribunalDepot fire: CID tries to find the cause on CCTVRussian passports are being issued in occupied UkraineFire on Parabat Express: Railroad to Sylhet is normal after 4 hoursAnother 24 children died in Mariupol, Ukraine said
Home Headlines Sri Lankan government working to amend constitution: PM
Facebook
Twitter
WhatsApp
Print 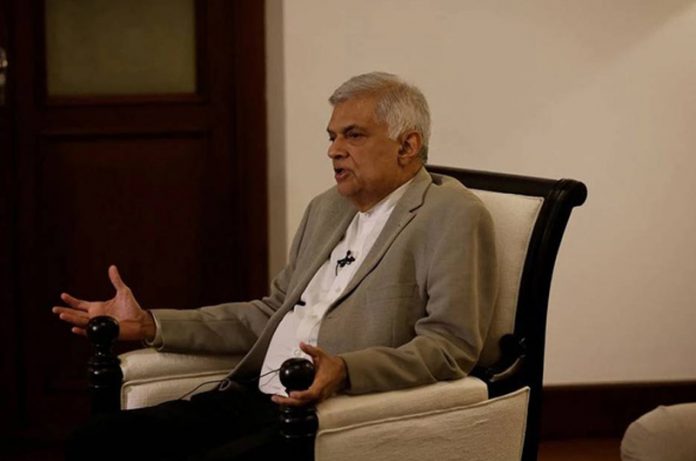 International Desk: Sri Lankan Prime Minister Ranil Wickremesinghe says his government is working to amend the constitution to hold the president and cabinet accountable to parliament.

Sri Lanka’s cabinet, including Prime Minister Mahinda Rajapaksa, has been forced to resign this month amid unprecedented economic turmoil.

Sri Lanka has been the victim of a reckless decision by the Kovid-19 epidemic to cripple the tourism-dependent economy, rising oil prices, tax cuts to gain cheap popularity, and the government’s ban on chemical fertilizer imports.

The new Prime Minister Vikramasinghe has promised to fix the crisis.

Addressing the nation on Sunday, he said, “Under the new arrangement, we have proposed to the President to compel him to give an explanation to Parliament. And a cabinet made up of ministers is also accountable to parliament. ”

The proposal will now need the approval of the Cabinet and the Supreme Court. And it can take weeks to get this approval. Only then will Parliament’s approval be sought.

They say the offer did not live up to expectations. It did not address the main demands of the protesters; The demands include abolishing the executive power of the president.