Headlines
Redwan Rahman graduates from FilmdomThe local government minister has instructed to cut the road if necessary to remove the waterRequest to withdraw closure shop at night till EIDThe days of the Western monolithic world are over: PutinLeaders of Germany, France, and Italy in Kyiv to express solidarity‘Presidents of two countries call and pressurized Mbappé’Two U.S. citizens are thought to be missing or taken prisoner in UkraineCOVID: The technical committee suggested lifting some restrictionsPetrol prices hit record highs in the USCanada wants a stern warning against cigarettesThe task force to protect the mountains, demanded the formation of a speedy trial tribunalDepot fire: CID tries to find the cause on CCTVRussian passports are being issued in occupied UkraineFire on Parabat Express: Railroad to Sylhet is normal after 4 hoursAnother 24 children died in Mariupol, Ukraine said
Home Headlines Sri Lankan Prime Minister Mahinda Rajapaksa resigns
Facebook
Twitter
WhatsApp
Print 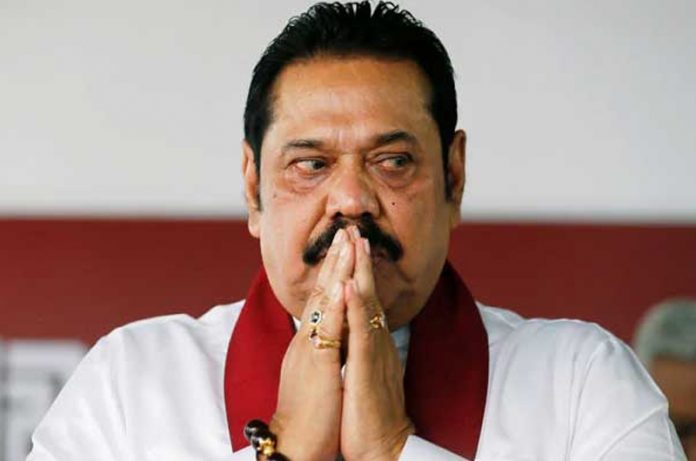 The prime minister sent his resignation letter to the president on Monday, Reuters reported, citing an official in the country.

President Gotabaya Rajapaksa is the younger brother of Prime Minister Mahinda. Opposition parties in Sri Lanka have been blaming both of them for the country’s worst financial crisis since independence.

Opposition parties have stated that because of the economic mismanagement, Sri Lanka has been drowned in debts and the reserve has now its floor.

Thousands of people in the Indian Ocean island nation have been protesting for weeks, demanding the resignation of President Gotabaya and Prime Minister Mahinda.

According to the Sri Lankan Daily Mirror, in a special meeting on Friday, President Gotabaya asked Prime Minister Mahinda to resign to resolve the political crisis in the country, and his elder brother responded within days.

Now that the prime minister has resigned, President Gotabaya is expected to invite all political parties in parliament to form an all-party cabinet.

Earlier, the opposition SJB party confirmed that their leader Sajith Premadasa would not be taking over as prime minister in the interim government.

They broke through police barricades and hurled sticks and iron pipes at protesters. Police used tear gas and water cannons to disperse the attackers.

According to the BBC, a curfew has been imposed across the country following the attack on supporters of the ruling party. At least 20 people have been injured in clashes near the offices of the president and prime minister in Colombo.

At least six people were injured in Monday’s violence, according to a local hospital.