Headlines
Redwan Rahman graduates from FilmdomThe local government minister has instructed to cut the road if necessary to remove the waterRequest to withdraw closure shop at night till EIDThe days of the Western monolithic world are over: PutinLeaders of Germany, France, and Italy in Kyiv to express solidarity‘Presidents of two countries call and pressurized Mbappé’Two U.S. citizens are thought to be missing or taken prisoner in UkraineCOVID: The technical committee suggested lifting some restrictionsPetrol prices hit record highs in the USCanada wants a stern warning against cigarettesThe task force to protect the mountains, demanded the formation of a speedy trial tribunalDepot fire: CID tries to find the cause on CCTVRussian passports are being issued in occupied UkraineFire on Parabat Express: Railroad to Sylhet is normal after 4 hoursAnother 24 children died in Mariupol, Ukraine said
Home Entertainment ‘Stability’ in the chair of the General Secretary of the Artists’ Association
Facebook
Twitter
WhatsApp
Print 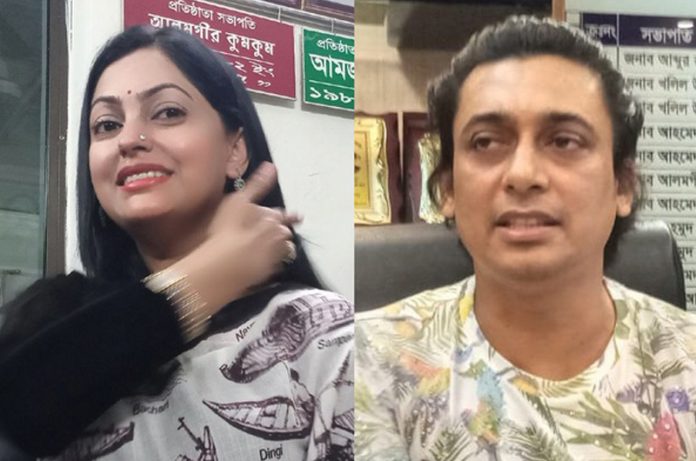 Md. Ashraful Islam: The Chamber Court of the Appellate Division has issued a ‘status quo’ on the post of General Secretary of the Bangladesh Film Artists’ Association, suspending the High Court’s order.

Chamber Judge Obaidul Hasan passed the order on Wednesday after hearing the plea of ​​Nipun Akter, a candidate for the post.

The actress had filed an application in the chamber court on Tuesday seeking a stay of the High Court order. Following his hearing, Justice Obaidul Hasan referred the matter to the full bench of the Appellate Division for hearing next Sunday. Until then, direct the general secretary to maintain the status quo.

In the order, he said, “Today is the 9th, these days (until 13 February) no one will enter the post of general secretary, nothing will happen.”

Barrister Rokon Uddin Mahmud and Barrister Mostafizur Rahman appeared for Nipun in the court. On the other hand, Ahsanul Karim and Nahid Sultana Yuthi appeared for Zayed Khan.