Headlines
Redwan Rahman graduates from FilmdomThe local government minister has instructed to cut the road if necessary to remove the waterRequest to withdraw closure shop at night till EIDThe days of the Western monolithic world are over: PutinLeaders of Germany, France, and Italy in Kyiv to express solidarity‘Presidents of two countries call and pressurized Mbappé’Two U.S. citizens are thought to be missing or taken prisoner in UkraineCOVID: The technical committee suggested lifting some restrictionsPetrol prices hit record highs in the USCanada wants a stern warning against cigarettesThe task force to protect the mountains, demanded the formation of a speedy trial tribunalDepot fire: CID tries to find the cause on CCTVRussian passports are being issued in occupied UkraineFire on Parabat Express: Railroad to Sylhet is normal after 4 hoursAnother 24 children died in Mariupol, Ukraine said
Home More Art & Culture ‘Still don’t forget me’
Facebook
Twitter
WhatsApp
Print 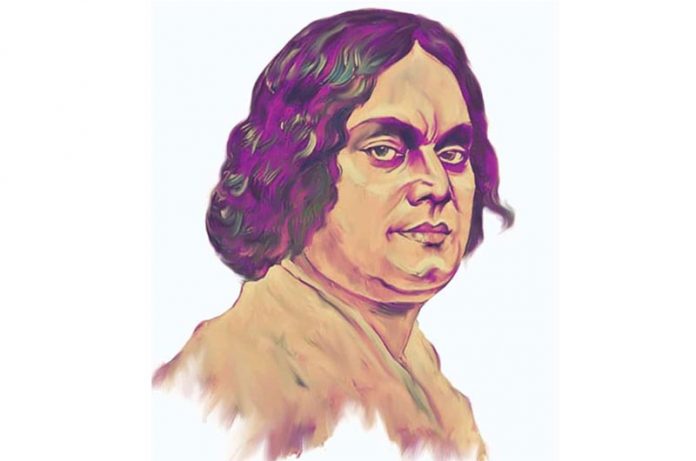 Pratik Akbar: When your body is intoxicated, the sky will cry

I will come crying then / swinging in your chest

Kazi Nazrul Islam was such a stubborn person. In many ways, he will come, create the occasion. Remind everyone of yourself, as if by force. He wrote this himself.

This is exactly what is happening every year like his writing. He has to remember August 26. On this day Nazrul left the world. What he passed away before his death has become an invaluable resource of Bengali literature and culture.

Many call Kazi Nazrul Islam the comet of Bengali literature. Suddenly he got up and went out again. His life is like that.

Although he died on 26 August 1976, the poet fell ill in 1942. He lost his speech. The poet also lost his mental balance towards the end of the same year. In less than 40 years, he has created all his literary works.

Where there are songs, poems, stories. And there is rebellion, equality, and love.

The hand in which he wrote- My beloved will be the queen, the flower of the star in the head of the god / Dolan on the ear of the third date, the pendant of the moon/sandalwood with the moonlight, Makhab gets red cataract from your body/rainbow, Alta Parab.

Speaking of equality again, Gahi wrote the song of equality / where all obstacles have come together / where the Hindu-Buddhist-Muslim-Christian / Gahi equality song is mixed!

Kazi Nazrul Islam is the national poet of Bangladesh. August 26 is his 45th death anniversary. On this day in 1976 (12 Bhadra 1373 BS) he passed away at PG Hospital (now Bangabandhu Sheikh Mujib Medical University) in Dhaka.

Nazrul wrote in one of his songs, “Bury me next to the mosque, brother / so that I can hear the call of the muezzin from Gore.”

Nazrul was born on 24 May 1899 in the village of Churulia, Asansol subdivision, Burdwan district, West Bengal, India. After the independence of Bangladesh, on 24 May 1972, with the permission of the Government of India, Nazrul was brought to Bangladesh with his family. Nazrul was granted Bangladeshi citizenship in 1976.