Headlines
Redwan Rahman graduates from FilmdomThe local government minister has instructed to cut the road if necessary to remove the waterRequest to withdraw closure shop at night till EIDThe days of the Western monolithic world are over: PutinLeaders of Germany, France, and Italy in Kyiv to express solidarity‘Presidents of two countries call and pressurized Mbappé’Two U.S. citizens are thought to be missing or taken prisoner in UkraineCOVID: The technical committee suggested lifting some restrictionsPetrol prices hit record highs in the USCanada wants a stern warning against cigarettesThe task force to protect the mountains, demanded the formation of a speedy trial tribunalDepot fire: CID tries to find the cause on CCTVRussian passports are being issued in occupied UkraineFire on Parabat Express: Railroad to Sylhet is normal after 4 hoursAnother 24 children died in Mariupol, Ukraine said
Home More Metropolitan Student killed in road accident in Mirpur
Facebook
Twitter
WhatsApp
Print 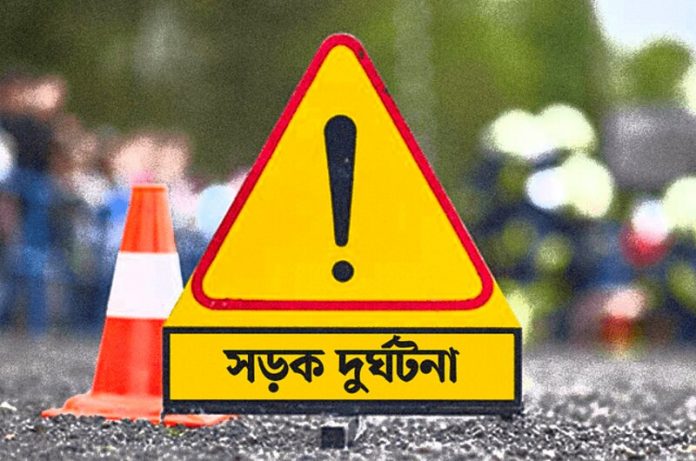 Staff Reporter: A student named Pranth Hasan was killed when he was hit by a private vehicle in the ECB premises area of ​​the capital’s Mirpur. Pranth is a 10th class student of Adamjee Cantonment School and College. After the incident, his classmates took a position on the road in the area and stopped the traffic for some time.

Cantonment Police Officer-in-Charge (OC) Kazi Shahan Haque said the accident took place around 9 pm on Thursday. He said in the first light, a reckless speeding private car hit a pedestrian before climbing the Kalshi flyover. When people chased the car, it tried to flee at high speed through the flyover. He died on the spot when the edge of the flyover was crushed. Locals seized the car. However, the driver escaped.

He lived with his family in Manikdi area of ​​Pranta Rajdhani. His father’s name was Mostafa Kamal.

Meanwhile, his classmates in the vicinity of the area blocked the road after receiving the news of Prantra’s death. This caused a huge traffic jam in the area. Later, when the police came and assured to arrest the driver, they left the road. At present, the traffic on that road is normal.