Headlines
Redwan Rahman graduates from FilmdomThe local government minister has instructed to cut the road if necessary to remove the waterRequest to withdraw closure shop at night till EIDThe days of the Western monolithic world are over: PutinLeaders of Germany, France, and Italy in Kyiv to express solidarity‘Presidents of two countries call and pressurized Mbappé’Two U.S. citizens are thought to be missing or taken prisoner in UkraineCOVID: The technical committee suggested lifting some restrictionsPetrol prices hit record highs in the USCanada wants a stern warning against cigarettesThe task force to protect the mountains, demanded the formation of a speedy trial tribunalDepot fire: CID tries to find the cause on CCTVRussian passports are being issued in occupied UkraineFire on Parabat Express: Railroad to Sylhet is normal after 4 hoursAnother 24 children died in Mariupol, Ukraine said
Home Country Suicide of a young man from Facebook Live
Facebook
Twitter
WhatsApp
Print 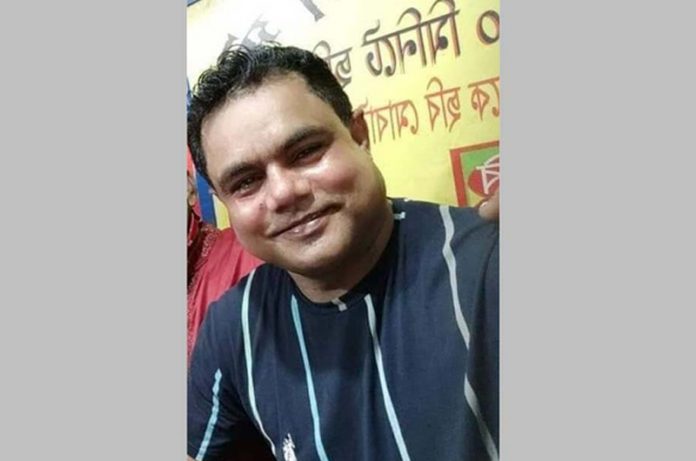 Swapan is the son of Nagendra Chandra Das of the same area. He was the finance secretary of Pubail Bazar Central Radhamadhab Mandir and Pubail Thana Puja Celebration Committee and general secretary of Ashar Alo Savings and Loan Cooperative Society.

According to Swapan Chandra Das’s acquaintances, he went to Facebook Live at 1:55 pm on Tuesday night and broadcast the scene of his suicide by hanging in his bedroom on the ground floor of his house.

A young man named Sharif Hossain witnessed the suicide on Facebook Live and said that he and 35 others had seen it live on Facebook.

Citing Sharif Hossain, Inspector Shah Alam told reporters that after seeing the incident on Facebook, Sharif Hossain called Swapan’s business partner Anwar Hossain’s son Nirab and asked him to look into the matter quickly. Later, some people including Nirab went to Swapan’s house and called his two sons. Later he went to his father’s house and saw him hanging in the house.

“When Tongi Ahsan Ullah was taken to Master General Hospital thinking he was alive, the doctor on duty declared him dead.”

Shah Alam further said that on the same day at noon, Swapan posted many pictures from his verified Facebook ID and wrote in the caption- “Some memorable moments of life. Maybe this is the last upload of my life. ”

Shah Alam said Swapan’s wife was in the hospital on the night of the incident. Action will be taken after investigation.

Many are speculating that this may have happened with the money transactions of the customers of Ashar Alo Savings and Mining Cooperative Society.

Momen Mia, a local ward 41 councilor, said he had visited the scene. Talked to locals. Many of them have witnessed the matter on Facebook.