Headlines
Redwan Rahman graduates from FilmdomThe local government minister has instructed to cut the road if necessary to remove the waterRequest to withdraw closure shop at night till EIDThe days of the Western monolithic world are over: PutinLeaders of Germany, France, and Italy in Kyiv to express solidarity‘Presidents of two countries call and pressurized Mbappé’Two U.S. citizens are thought to be missing or taken prisoner in UkraineCOVID: The technical committee suggested lifting some restrictionsPetrol prices hit record highs in the USCanada wants a stern warning against cigarettesThe task force to protect the mountains, demanded the formation of a speedy trial tribunalDepot fire: CID tries to find the cause on CCTVRussian passports are being issued in occupied UkraineFire on Parabat Express: Railroad to Sylhet is normal after 4 hoursAnother 24 children died in Mariupol, Ukraine said
Home Headlines Sydney is opening its doors, thinking of lifting quarantine from November
Facebook
Twitter
WhatsApp
Print 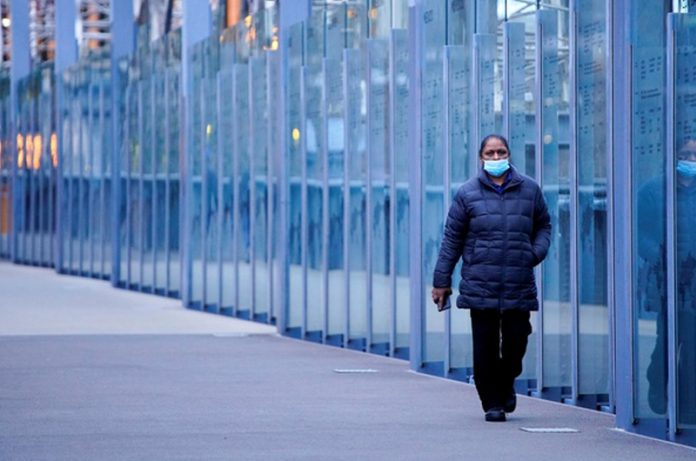 Md. Ashraful Islam: Officials in the Australian state of New South Wales are considering allowing vaccinated travelers to enter Sydney from next month without any restrictions.

However, the country’s central government will also have to agree to introduce quarantine-free travel in Australia’s largest city.

The BBC reports that New South Wales authorities on Friday announced plans to lift quarantine for foreign tourists vaccinated in Sydney from November, but Australian Prime Minister Scott Morrison has not yet commented.

“We are going to open Sydney and New South Wales to the whole world, the day is going to be November 1st. From that day on, we will be able to tell the whole world, we see everyone equally. If you take all the doses of Ticker, you can come to this wonderful state,” said Dominic Parrotte, who took over the state premiere this month.

Australia has closed its borders since March last year after the epidemic began; Only citizens and permanent residents stranded abroad are allowed to enter the hotel on their own for 14 days on the condition of staying in quarantine.

Last month, Australian Prime Minister Morrison eased border restrictions from November to make it easier for Australians to leave the country and those living abroad to return home.

Canberra plans to keep people entering Australia for seven days at home quarantine from November. But North-South Wales is proposing to take all doses of the ticker and waive quarantine rules for those who come ‘negative’ on the Covid test before boarding the flight.

State officials also agree that the central government’s ‘green signal’ for visas and entry issues will be needed. According to them, the main purpose of giving up quarantine is to reconnect the state’s economy with the world.

“I want to reconnect New South Wales with the world. We cannot survive as an isolated state,” said Parrot.

He also remarked that the tourism industry would benefit immensely if the doors of the state were opened from November 1.

Sydney came out on Monday after a 107-day lockdown, and authorities are now working to fully open up New South Wales.

Although Sydney has started welcoming foreign tourists since November, many Australians living in Australia at the time may be banned from visiting many of their home states.

To keep themselves free of covid, Queensland, Western Australia, South Australia, Tasmania, and the Northern Territory have closed their borders to residents of states infected with the coronavirus. They did not say when the border would be reopened.

Parrot also raised the issue of inconsistency on Friday.

“I think people from New South Wales will be able to go to Bali, Indonesia, before going to Broom, Western Australia,” he said.