Headlines
Redwan Rahman graduates from FilmdomThe local government minister has instructed to cut the road if necessary to remove the waterRequest to withdraw closure shop at night till EIDThe days of the Western monolithic world are over: PutinLeaders of Germany, France, and Italy in Kyiv to express solidarity‘Presidents of two countries call and pressurized Mbappé’Two U.S. citizens are thought to be missing or taken prisoner in UkraineCOVID: The technical committee suggested lifting some restrictionsPetrol prices hit record highs in the USCanada wants a stern warning against cigarettesThe task force to protect the mountains, demanded the formation of a speedy trial tribunalDepot fire: CID tries to find the cause on CCTVRussian passports are being issued in occupied UkraineFire on Parabat Express: Railroad to Sylhet is normal after 4 hoursAnother 24 children died in Mariupol, Ukraine said
Home Entertainment That Sinbad of the screen, Robinhood, McGuire now
Facebook
Twitter
WhatsApp
Print 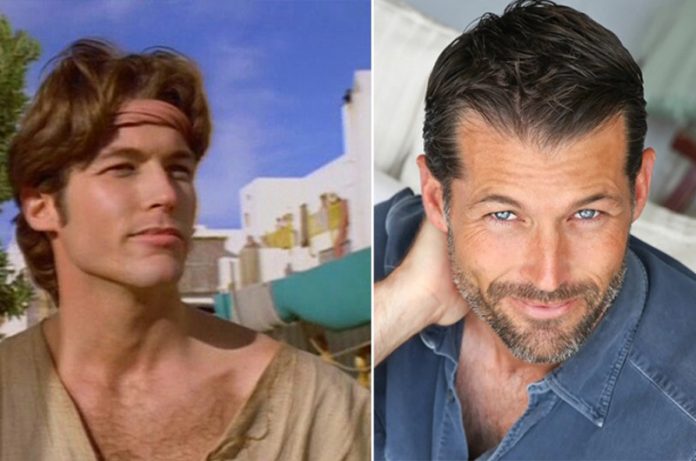 Entertainment Reporter: Do you know three American actors Jane Gesner, Matthew Pareta, and Richard Dean Anderson? Even if you don’t know them by real name, you can easily recognize them by name.

They brought to life characters like Sindbad, Robinhood, and McGuire from three mega serials known around the world.

In the nineties of the last century, the serials became very popular among the viewers of Bangladesh due to their broadcasting on Bangladesh Television.

Ed Naha, the American creator of The Adventures of Sinbad, based on the ancient collection of Middle Eastern folklore, Arabian Nights. The 44-episode Canadian series began airing in 1998; It ended in 1997.

In it, Jane Gesner was introduced as the sailor Sindbad; He has acted in a couple of small roles before.

Later, he acted in a number of serials and films, including ‘Friends’, ‘All My Children’, ‘Dumb and Dumbar’, but he could not impress Sindhbad. The 52-year-old actor reminisced about those days by occasionally posting pictures of Sindbad scenes on social media.

He has been seen in supporting roles in a few movies; Jane was last seen in a movie called ‘Gates of Darkness’ in 2016.

Jane is involved in the real estate business as well as acting. He lives in California, the USA with his wife Cynthia Ferrell and their three children.

Jacqueline Collen, an American actress, played the role of Mave in ‘The Adventures of Sindbad’; He had earlier appeared in the serial ‘Hercules: The Legendary Journey’.

The TV series “The New Adventures of Robinhood” was made in 1998 in the United States and France, based on the story of Robinhood, a hero of English folklore; The 52-episode serial was dubbed and aired in Bengali.

Robinhood robbed and plundered the rich and distributed among the poor; Matthew Pareta played that character.

He also starred in another 1993 series, Robinhood: The Man in Titus.

Born into a cultured family in the United States in 1985, Peretta began acting at the age of 25.

Besides acting, the 56-year-old actor is currently working on giving voice to video games.

He lives in Darien, the USA, with his two sons.

Another popular TV serial ‘McGuire’ aired in Bangladesh was very popular among teenagers due to its intelligence. McGuire could have made a big deal out of a small object at hand.

The title of the serial is played by Richard Dean Anderson; The 139-episode series was made in the United States in 1985. Richard became very popular after the promotion of the serial.

He later starred in a number of movies, including Pandora’s Clock and Firehouse. He currently lives in Minneapolis, USA.