Headlines
Redwan Rahman graduates from FilmdomThe local government minister has instructed to cut the road if necessary to remove the waterRequest to withdraw closure shop at night till EIDThe days of the Western monolithic world are over: PutinLeaders of Germany, France, and Italy in Kyiv to express solidarity‘Presidents of two countries call and pressurized Mbappé’Two U.S. citizens are thought to be missing or taken prisoner in UkraineCOVID: The technical committee suggested lifting some restrictionsPetrol prices hit record highs in the USCanada wants a stern warning against cigarettesThe task force to protect the mountains, demanded the formation of a speedy trial tribunalDepot fire: CID tries to find the cause on CCTVRussian passports are being issued in occupied UkraineFire on Parabat Express: Railroad to Sylhet is normal after 4 hoursAnother 24 children died in Mariupol, Ukraine said
Home More Metropolitan The Bailey Bridge in Aminbazar collapsed into the river
Facebook
Twitter
WhatsApp
Print 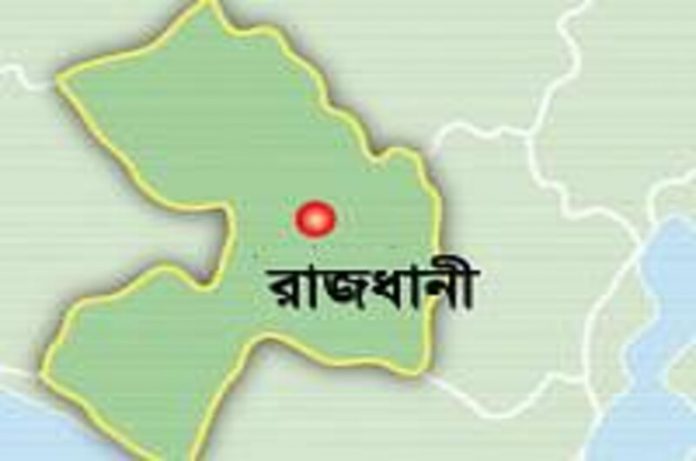 Staff Reporter: The old iron Bailey Bridge on the Aminbazar-Ashulia waterway in the capital’s Gabtali has collapsed into the river. As a result, the route has been closed since noon on Thursday.

However, the Bangladesh Inland Water Transport Authority (BIWTA) has confirmed that no casualties were reported in the incident.

The old bridge has been abandoned since the construction of the new bridge at Aminbazar. The BIWTA issued a warning notice on Thursday afternoon after the crash. The owners and masters/drivers of all the vessels concerned are being informed that the old iron Bailey Bridge of Aminbazar on the Aminbazar-Ashulia waterway has collapsed in the river, making the waterway dangerous for navigation. In the interest of safe navigation, shipping will remain closed for the time being until the collapsed Bailey Bridge is removed from the waterway. In the interest of safety, a red flag and red light have been erected at the site of the collapsed Bailey Bridge.

Sources said the abandoned risky Bailey Bridge next to the Aminbazar (Gabtali) road bridge collapsed into the river at around 11 am on Thursday after being hit by a sand-carrying bulkhead.

In this regard, Executive Engineering, (RHD) discussed with Dhaka, it is known that barges and cranes are needed to remove the broken bridge. The operation may begin on Friday morning.

It is learned that a sand-carrying bulkhead failed to cross the bridge due to strong currents and hit the pillar of the dangerous bridge and the engine stopped and got stuck. Then two more bulkheads from the rear push the stuck bulkhead. The bridge collapsed into the river after hitting the pillars. The BIWTA then issued a special naval warning to the effect that the cruise will remain closed until the Bailey Bridge is removed from the waterway in the interest of safe navigation.