Headlines
The local government minister has instructed to cut the road if necessary to remove the waterRequest to withdraw closure shop at night till EIDThe days of the Western monolithic world are over: PutinLeaders of Germany, France, and Italy in Kyiv to express solidarity‘Presidents of two countries call and pressurized Mbappé’Two U.S. citizens are thought to be missing or taken prisoner in UkraineCOVID: The technical committee suggested lifting some restrictionsPetrol prices hit record highs in the USCanada wants a stern warning against cigarettesThe task force to protect the mountains, demanded the formation of a speedy trial tribunalDepot fire: CID tries to find the cause on CCTVRussian passports are being issued in occupied UkraineFire on Parabat Express: Railroad to Sylhet is normal after 4 hoursAnother 24 children died in Mariupol, Ukraine saidBelayet, who is in his fifties, has been given a good admission test against young
Home More Aviation The bodies of 14 passengers of a wrecked plane have been recovered...
Facebook
Twitter
WhatsApp
Print 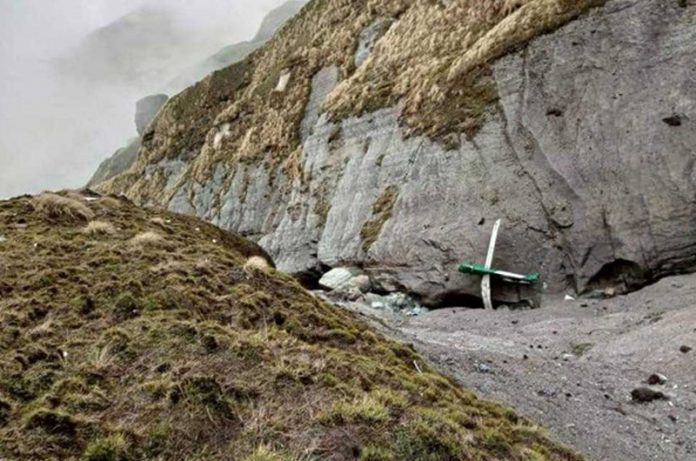 News Desk: Rescue workers have recovered the bodies of 14 passengers of a plane that crashed in Nepal. They fear that the rest have also died.

The private airline Tara Air had 22 passengers on board. It was en route from Pokhara, a tourist city in Nepal, to Jamsum Airport on Sunday morning. The plane crashed 15 minutes after takeoff.

After the disconnection from the control tower, the location of the aircraft was first identified by ‘GPS location tracking of the pilot’s mobile. But rescue operations were suspended at night due to inclement weather.

The wreckage of the plane was found in the Mustang district of the Mount Dhulagiri region on the Nepal-China border, according to Reuters. Mount Dhulagiri is the seventh-highest peak in the world (8,167 m).

A spokesman for Nepal’s civil aviation authority said: “The chances of anyone being rescued alive are slim.”

A spokesman for the Tribhuvan International Airport in Kathmandu, Nepal’s capital, said 14 bodies had been recovered from the crash site so far.

“The search is on for others,” he said.

“There are thick clouds frozen there. A search operation is underway to find the body. ”

According to the flight-tracking website FlightData24, the 9 N-ET registration number first flew in April 1979.

Earlier in 2016, a US-Bangla Airlines flight from Dhaka to Kathmandu crashed on the runway of Tribhuvan Airport and caught fire, killing 51 passengers. There were a total of 81 riders.