Headlines
The local government minister has instructed to cut the road if necessary to remove the waterRequest to withdraw closure shop at night till EIDThe days of the Western monolithic world are over: PutinLeaders of Germany, France, and Italy in Kyiv to express solidarity‘Presidents of two countries call and pressurized Mbappé’Two U.S. citizens are thought to be missing or taken prisoner in UkraineCOVID: The technical committee suggested lifting some restrictionsPetrol prices hit record highs in the USCanada wants a stern warning against cigarettesThe task force to protect the mountains, demanded the formation of a speedy trial tribunalDepot fire: CID tries to find the cause on CCTVRussian passports are being issued in occupied UkraineFire on Parabat Express: Railroad to Sylhet is normal after 4 hoursAnother 24 children died in Mariupol, Ukraine saidBelayet, who is in his fifties, has been given a good admission test against young
Home More Court The case against the only son for not being able to be...
Facebook
Twitter
WhatsApp
Print 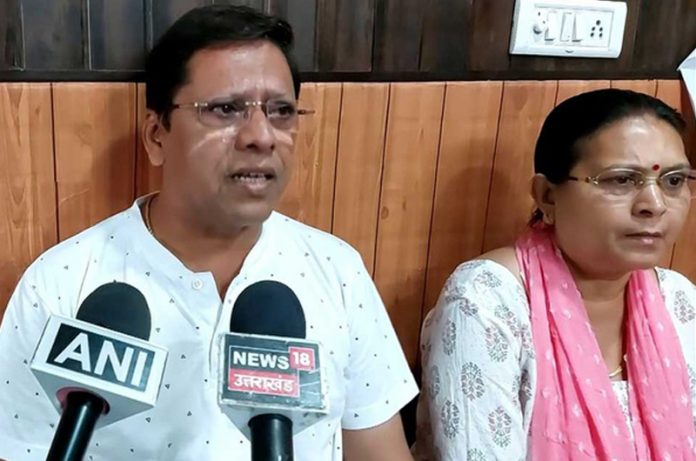 International Desk: An Indian couple has filed a lawsuit against their only son, alleging that their son had deprived them of the joy of having grandchildren for six years.

The latest incident took place in the country’s state of Uttarakhand, the BBC reported on Friday.

In the case filed in the court, Sanjeev (61) and Sandhya (57), the Prasad couple, have complained that they have spent their savings on raising the child as an aviator and arranging a huge wedding for him.

If a grandson or granddaughter is not born in the son’s house within the next one year, they have demanded Rs 5 crore or the equivalent of 6.5 million as compensation.

The couple’s son or his wife has not yet commented on the matter, the BBC reported.

The most unusual case was filed on the grounds of “mental harassment.”

Sanjeev Prasad said that he has spent all his savings to raise his son. He was sent to the United States in 2006 to spend $65,000 on training to become a pilot.

The BBC quoted The Times of India as saying that the boy returned home in 2007, but lost his job and had been providing financial support to his son for more than two years.

The Prasad couple’s only son Shreyi Sagar (35) has finally got a job as a pilot. Shreyi’s parents said that she married Shubhangi Sinha (now 31) in 2016 after having a son. They hoped that in their spare time, they would find a grandson or granddaughter with whom they could spend time.

The couple said they had spent the equivalent of $65,000 on renting a five-star hotel and luxury car for their son’s wedding and had also paid for the newlyweds’ honeymoon abroad.

Sanjeev Prasad said, “My son has been married for six years, but they still have no plans to have children. If we had at least one grandson or granddaughter to spend time with, we would probably be able to keep going. ”

The couple’s lawyer, AK Srivastava, told The National that the couple had demanded money as compensation for being “mentally ill”.

“Every parent has a dream, one day they will be grandparents. They have been waiting for many years. ”

The Prasad couple’s plea has been filed in the Haridwar court and a hearing is likely to be held in the court on May 17. Neither his son nor his wife was present to comment on the case.