Headlines
Redwan Rahman graduates from FilmdomThe local government minister has instructed to cut the road if necessary to remove the waterRequest to withdraw closure shop at night till EIDThe days of the Western monolithic world are over: PutinLeaders of Germany, France, and Italy in Kyiv to express solidarity‘Presidents of two countries call and pressurized Mbappé’Two U.S. citizens are thought to be missing or taken prisoner in UkraineCOVID: The technical committee suggested lifting some restrictionsPetrol prices hit record highs in the USCanada wants a stern warning against cigarettesThe task force to protect the mountains, demanded the formation of a speedy trial tribunalDepot fire: CID tries to find the cause on CCTVRussian passports are being issued in occupied UkraineFire on Parabat Express: Railroad to Sylhet is normal after 4 hoursAnother 24 children died in Mariupol, Ukraine said
Home Entertainment The chemistry of Shakib-Puja in the teaser of Galui
Facebook
Twitter
WhatsApp
Print 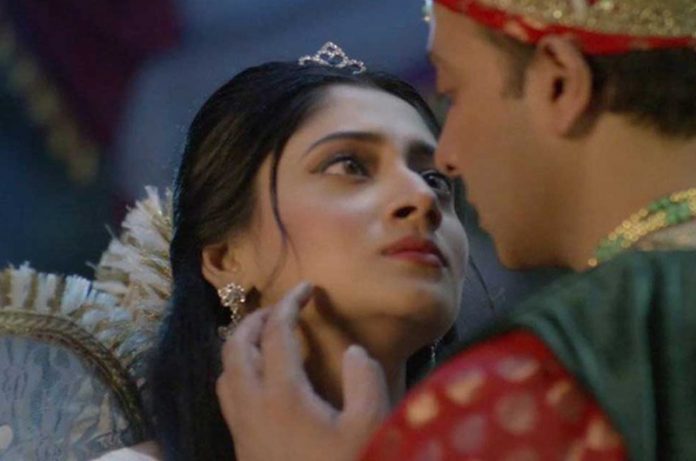 Entertainment Desk: After the release of the teaser of the government-sponsored movie ‘Golui’, the chemistry of the relationship between the young actress Pooja Cheri and the top actor of Dhaka cinema Shakib Khan has come up.

This is the first time they have teamed up on a silver screen through this movie; The movie will be released in the cinema hall on Eid-ul-Fitr.

Earlier, the teaser of the movie was released on Tuesday night. In it, the love scene of the zamindar’s daughter Puja with the boatman Shakib Khan, who came from an ordinary family in the village wearing amulets around his neck, has been brought up. Sometimes they have been seen in the guise of kings and queens.

The government-funded film for the financial year 2020-21 is directed by SA Haque Alik; Produced by Khorshed Alam Khasru.

The movie got censor clearance in December last year.

Director Alik brings to the screen the story of the life and boating of the people of the riverine town.

Alik said, “Shakib Khan’s character’s name is Lalu. He has prepared himself as Lalu by breaking himself; He is acting with heart and soul. Hopefully, a different Shakib Khan will come up on the screen. ”

The movie has been shot in Jamalpur and Tangail.

Apart from Shakib-puja, Azizul Hakim, Ali Raj, Samu Chowdhury, and many others have acted in this movie.