Headlines
Redwan Rahman graduates from FilmdomThe local government minister has instructed to cut the road if necessary to remove the waterRequest to withdraw closure shop at night till EIDThe days of the Western monolithic world are over: PutinLeaders of Germany, France, and Italy in Kyiv to express solidarity‘Presidents of two countries call and pressurized Mbappé’Two U.S. citizens are thought to be missing or taken prisoner in UkraineCOVID: The technical committee suggested lifting some restrictionsPetrol prices hit record highs in the USCanada wants a stern warning against cigarettesThe task force to protect the mountains, demanded the formation of a speedy trial tribunalDepot fire: CID tries to find the cause on CCTVRussian passports are being issued in occupied UkraineFire on Parabat Express: Railroad to Sylhet is normal after 4 hoursAnother 24 children died in Mariupol, Ukraine said
Home Headlines The crisis will get worse before the improvement: Ranil Wickramasinghe
Facebook
Twitter
WhatsApp
Print 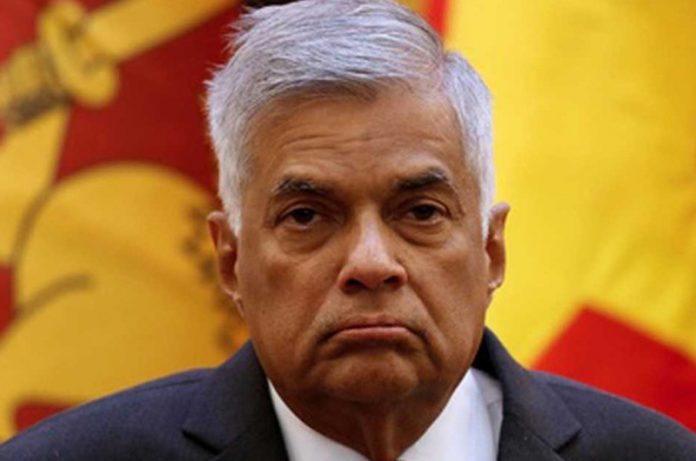 International Desk: Sri Lanka’s new Prime Minister Ranil Wickremesinghe has said that the country’s economic crisis, which has brought misery and instability, will only get worse before it gets better.

He made the remarks in an interview with the BBC. This is Wickremesinghe’s first interview given to any media after taking the oath.

Sri Lanka is going through a terrible economic crisis. Fuel shortages in the country, and rising food prices, have disrupted public life. Many citizens have to go without food.

Public outrage over the government’s response to the crisis has turned violent. Ranil Wickremesinghe has been appointed Prime Minister to quell the protests.

The Sri Lankan opposition MP has taken over as prime minister for the sixth time. He later told the BBC that he would ensure a three-course meal for all families.

“There will be no food crisis,” he said, calling for more financial support from the world community. We will find food. ”

The new prime minister has described Sri Lanka’s economy as “collapsing”. But he also said the message he wanted to send to the Sri Lankan people was, “Be patient, I will get everything back on track.”

Wickremesinghe was sworn in by President Gotabaya Rajapaksa on Thursday. But his appointment as Prime Minister was not well received by the people. Because he is seen as a close relative of the politically influential Rajapaksa family.

In a BBC interview, Wickremesinghe said he agreed with the protesters’ demand for the resignation of President Gotabaya Rajapaksa. But that will not happen. “Blaming someone will not work,” he said. I have taken responsibility to save the people. “

Sri Lanka’s economy is declining. Food, medicine, and fuel are running out or out of reach. Some people waiting for fuel at the petrol station also died. This is the island nation’s worst economic crisis since gaining independence from Britain in 1948.

Import dependence is at the root of Sri Lanka’s economic crisis. But the foreign exchange reserves, which are urgently needed to pay the import price, are also running out.

The coronavirus epidemic has hit Sri Lanka’s economy hard. The country’s church sector has been hit by a church bombing in 2019. But experts have also blamed economic mismanagement for Sri Lanka’s current crisis.