Headlines
Redwan Rahman graduates from FilmdomThe local government minister has instructed to cut the road if necessary to remove the waterRequest to withdraw closure shop at night till EIDThe days of the Western monolithic world are over: PutinLeaders of Germany, France, and Italy in Kyiv to express solidarity‘Presidents of two countries call and pressurized Mbappé’Two U.S. citizens are thought to be missing or taken prisoner in UkraineCOVID: The technical committee suggested lifting some restrictionsPetrol prices hit record highs in the USCanada wants a stern warning against cigarettesThe task force to protect the mountains, demanded the formation of a speedy trial tribunalDepot fire: CID tries to find the cause on CCTVRussian passports are being issued in occupied UkraineFire on Parabat Express: Railroad to Sylhet is normal after 4 hoursAnother 24 children died in Mariupol, Ukraine said
Home Headlines The days of the Western monolithic world are over: Putin
Facebook
Twitter
WhatsApp
Print 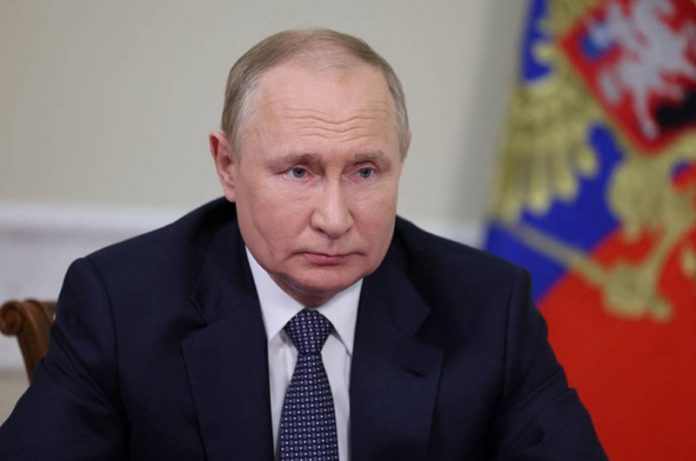 Md. Ashraful Islam: Russia’s President Vladimir Putin has accused the United States of trying to destabilize the world, saying “the era of the monolithic world is over.”

Putin made the remarks while addressing the annual conference of the International Economic Forum in St. Petersburg on Friday, CNN reported.

“After winning the war of nerves, the United States has declared itself its representative in the world,” Putin said. Those who have no other responsibility but to protect their own interests. And they declared their own interests sacred. It is their one-sided behavior that has destabilized the world. “

Russia was hit by a major cyberattack before Putin’s speech at the Economic Forum on Friday. As a result, Putin spoke 90 minutes later than scheduled. Kremlin spokesman Dmitry Peskov confirmed to reporters that the cyber-attack and Putin’s speech had been delayed.

It was not immediately clear who carried out the cyberattack. However, it is thought that hackers from the IT department of the Ukrainian army may have caused it.

The world was watching what Putin said at the annual conference of the International Economic Forum after the aggression on Ukraine began four months ago. Analysts hope that Putin’s remarks on the Ukraine war will give him a clear idea of ​​what is going on in his mind.

As soon as Putin stepped on the stage to deliver his speech, he began sharply criticizing the United States and its Western allies.

“They (Westerners) live in their own delusion … they think they have won,” he said. Everything else is a colony, backyard and the people living there are second-class citizens. ”

At the time, Putin blamed the West for trying to hurt Russia’s economy. He called the sanctions against Moscow “crazy” and “reckless.”

Putin claims that the Western sanctions have already failed. He says sanctions are more harmful to those who impose them.

Putin noted that the imposition of sanctions on Russia could cost the European Union 400 million. According to him, the EU has lost its political authority in responding to the war in Ukraine.

Putin said inflation was rising in EU countries. Inequality will only increase as a result of sanctions. With this ban, the real interests of the people of Europe have been sidelined.

“We are tough people,” he said. We can continue to face any challenge. ”

“Russia is just beginning its journey as a strong and sovereign nation. We will definitely take advantage of the opportunities that are available at this time, and we will be stronger. ”

Russia will be an open economy and will not walk the path of isolation despite sanctions, Putin said. He says Russia will continue to work with Western companies.

Moreover, Putin hopes that the flow of gas on new routes will continue. He also said that Russia would try to increase the range of economic cooperation with those seeking it.

Putin has called for investment in Russia to keep trade and commerce in the country, saying his country has great potential. The West could not pull Moscow down.