Headlines
Redwan Rahman graduates from FilmdomThe local government minister has instructed to cut the road if necessary to remove the waterRequest to withdraw closure shop at night till EIDThe days of the Western monolithic world are over: PutinLeaders of Germany, France, and Italy in Kyiv to express solidarity‘Presidents of two countries call and pressurized Mbappé’Two U.S. citizens are thought to be missing or taken prisoner in UkraineCOVID: The technical committee suggested lifting some restrictionsPetrol prices hit record highs in the USCanada wants a stern warning against cigarettesThe task force to protect the mountains, demanded the formation of a speedy trial tribunalDepot fire: CID tries to find the cause on CCTVRussian passports are being issued in occupied UkraineFire on Parabat Express: Railroad to Sylhet is normal after 4 hoursAnother 24 children died in Mariupol, Ukraine said
Home Country The doctor died along with his wife and children on the way...
Facebook
Twitter
WhatsApp
Print 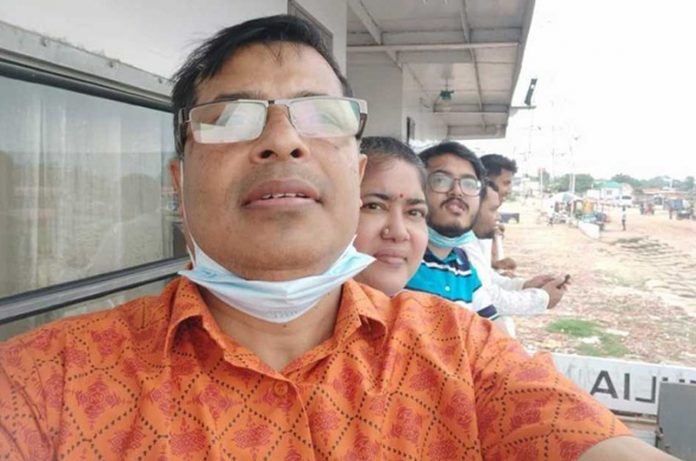 Senior Reporter: Within hours of taking a selfie with his wife and children on the ferry on his way home to see his sick mother and posting it on Facebook, a doctor and others at Bardem Hospital died in a road accident.

A senior consultant of the anesthesia department of the hospital, Dr. A.S. Basudev Saha’s car.

The distance to the accident site is 80 km if you cross the Padma through Mawa and Kanthalbari ferry terminal. Another 20 km from there is Basudeb Saha’s house on Udayan Road in Gopalganj town in Peru. His father is Prafulla Kumar Saha.

Basudeb Saha, his wife Shivani Saha, and son Swapnil Saha and the driver of the vehicle were killed in a head-on collision with a Dhaka-bound Rajiv Paribahan bus from Khulna. Four others, including two motorcyclists, were killed in the incident.

The only girl studying in the medical college survived as she stayed at home in Dhaka for examination. After the accident, his uncle took him to Gopalganj, said the joint director of Bardem Hospital. Nizamul Islam.

He said he lived in the Farmgate area of ​​Dhaka with his wife and two children. The son was studying at Dhaka Ahsan Ullah University of Science and Technology. The girl is studying at Sir Salimullah Medical College.

Basudeb Saha has been working as a Senior Medical Officer at Bardem Hospital for the last 20 years. He worked as an anesthesiologist.

Dr. Nizamul said, “Basudeb Saha posted a picture taken with his family on social media shortly before the accident. Shortly after, he left the world in an accident.

“Everyone in Bardem is devastated by his death. You can’t do normal work. “

There, he wrote, “Today, after receiving the news of this accident, these memories come to mind again and again and the chest is bursting. I pray that the most merciful one will keep his comrade Basu well. ”

Faisal Iqbal Chowdhury said, “A picture was taken with the family on the ferry. Before the accident, Basudev posted it on his Facebook wall.

“I was watching the news of the accident on television. Even then, I did not know that the car belonged to us. He is one of our next batches. When I was the president of Chhatra League, he was the vice president of my committee. Basu was a very good man. ”

Dr. Bangladesh Medical Association, BMA has expressed its condolences over the death of Basudeb Saha.