Headlines
Redwan Rahman graduates from FilmdomThe local government minister has instructed to cut the road if necessary to remove the waterRequest to withdraw closure shop at night till EIDThe days of the Western monolithic world are over: PutinLeaders of Germany, France, and Italy in Kyiv to express solidarity‘Presidents of two countries call and pressurized Mbappé’Two U.S. citizens are thought to be missing or taken prisoner in UkraineCOVID: The technical committee suggested lifting some restrictionsPetrol prices hit record highs in the USCanada wants a stern warning against cigarettesThe task force to protect the mountains, demanded the formation of a speedy trial tribunalDepot fire: CID tries to find the cause on CCTVRussian passports are being issued in occupied UkraineFire on Parabat Express: Railroad to Sylhet is normal after 4 hoursAnother 24 children died in Mariupol, Ukraine said
Home Entertainment The drug was hidden in the sanitary pad of Aryan-girlfriend! Who is...
Facebook
Twitter
WhatsApp
Print 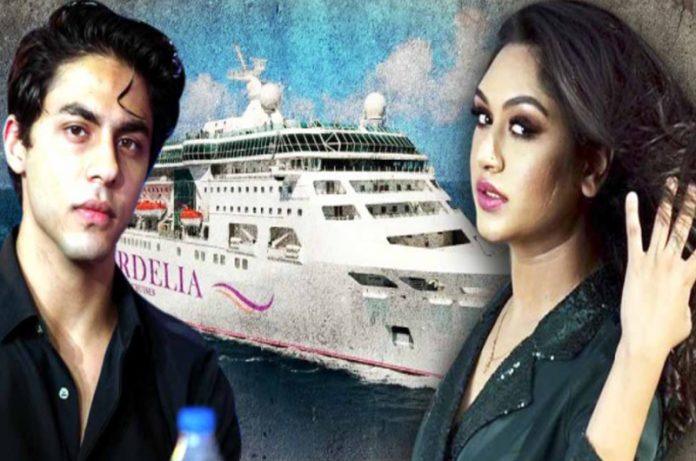 Entertainment Desk: Shah Rukh-son Aryan Khan in practice. He went to the party and was caught with drugs. Drugs were also recovered from his lens box. In the last 48 hours, another name has come up in the discussion about him. Moonmoon Dhamecha.

Moonmoon was arrested along with Aryan from the pleasure boat party. There were drugs hidden in his sanitary pad. The rumors about his ‘close friendship’ with Shah Rukh Khan have already started. Who is that moonmoon? What does he do?

It is learned that Munmun is the daughter of a business family from Madhya Pradesh. Model by profession. His career with Bollywood stars. Artists like Guru Randhawa and Arjun Rampal are also on the list. Moonmoon is also quite popular on Instagram. There are more than ten thousand of his followers. He has been using this app since 2014. The number of his posts so far is 134. However, he was not seen with Shah Rukh’s son in any of them.

Moonmoon confessed to taking drugs during interrogation by the Narcotics Control Bureau (NCB). He said he had collected drugs from a hotel adjacent to an international airport. He will be taken to court with Aryan on Monday. The NCB may seek permission to keep him in custody for a few more days.