Headlines
Redwan Rahman graduates from FilmdomThe local government minister has instructed to cut the road if necessary to remove the waterRequest to withdraw closure shop at night till EIDThe days of the Western monolithic world are over: PutinLeaders of Germany, France, and Italy in Kyiv to express solidarity‘Presidents of two countries call and pressurized Mbappé’Two U.S. citizens are thought to be missing or taken prisoner in UkraineCOVID: The technical committee suggested lifting some restrictionsPetrol prices hit record highs in the USCanada wants a stern warning against cigarettesThe task force to protect the mountains, demanded the formation of a speedy trial tribunalDepot fire: CID tries to find the cause on CCTVRussian passports are being issued in occupied UkraineFire on Parabat Express: Railroad to Sylhet is normal after 4 hoursAnother 24 children died in Mariupol, Ukraine said
Home Headlines The European Union is not ready to impose new sanctions on Russia
Facebook
Twitter
WhatsApp
Print 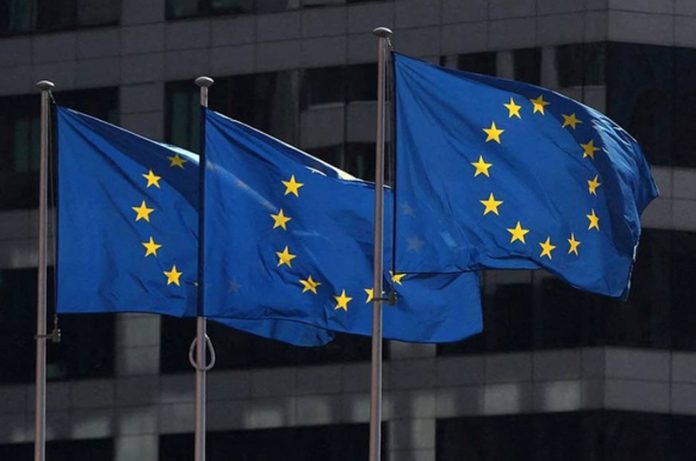 Md. Ashraful Islam: The European Union (EU) has said it is ready to continue its support for Ukraine, but is not ready to impose new sanctions on Russia. In particular, several EU member states have strongly objected to Russia’s oil import ban.

EU leaders will meet again on Monday to discuss what else can be done to continue supporting Ukraine against Russian aggression.

The two-day conference will focus on how to provide maximum support to Ukraine, as well as ways to address the growing energy prices, food crisis, and defense concerns created by the Ukraine war.

Earlier, in a meeting on Sunday, EU diplomats failed to agree on a ban on Russian oil, according to Reuters.

“There are still many issues that need to be agreed upon,” said a senior diplomat.

Hungary has blocked the entire package of proposed new sanctions. They argue that imposing sanctions on Russia’s oil imports would be a huge blow to their entire economy. Because they will not easily find any other alternative to Russian oil.

Slovakia and the Czech Republic also expressed similar concerns at the meeting.

EU leaders have been discussing a month-long ban on oil imports from Russia. But so far there has been no progress in their discussions. To end the stalemate, the European Commission proposed a ban on oil imports from Russia to the EU by tanker only. Hungary, Slovakia, and the Czech Republic will be able to import oil through Russia’s Druzhba pipeline unless alternative supplies are provided, even if sanctions are imposed.

Budapest supports that proposal. But the country has sought EU funding to increase its ability to bring oil into the pipeline from Croatia and to shift its refineries from Russia’s use of Ural crude to Brent Crude. As a result, no decision could be reached on Sunday, officials said.

This issue is also to be discussed in the meeting on Monday and Tuesday.