Headlines
Redwan Rahman graduates from FilmdomThe local government minister has instructed to cut the road if necessary to remove the waterRequest to withdraw closure shop at night till EIDThe days of the Western monolithic world are over: PutinLeaders of Germany, France, and Italy in Kyiv to express solidarity‘Presidents of two countries call and pressurized Mbappé’Two U.S. citizens are thought to be missing or taken prisoner in UkraineCOVID: The technical committee suggested lifting some restrictionsPetrol prices hit record highs in the USCanada wants a stern warning against cigarettesThe task force to protect the mountains, demanded the formation of a speedy trial tribunalDepot fire: CID tries to find the cause on CCTVRussian passports are being issued in occupied UkraineFire on Parabat Express: Railroad to Sylhet is normal after 4 hoursAnother 24 children died in Mariupol, Ukraine said
Home International The European Union is preparing to impose sanctions on Russia’s oil
Facebook
Twitter
WhatsApp
Print 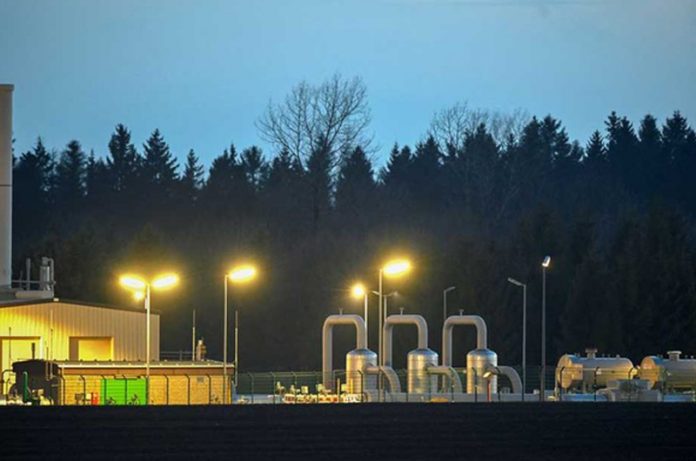 News Desk: The European Union (EU) is pushing for a ban on the sale of Russian oil in the wake of the Ukraine attack, with Germany, Russia’s biggest buyer of fuel, backing it.

In a few days, Moscow could be deprived of a large amount of revenue.

The European Commission is expected to propose the sixth round of EU sanctions against Russia this week, including a possible embargo on Russia’s oil purchases, Reuters reported.

Ukraine has accused Russia of earning billions of euros a day by exporting fuel to Europe, which is funding the Kremlin’s war efforts. Russia’s energy exports are still largely exempt from international sanctions.

In his nightly video speech, Ukrainian President Volodymyr Zelensky said, “This package should be a clear step towards cutting off Russia’s revenue from energy resources.”

Germany said on Monday it was ready to support an immediate EU embargo on Russian oil.

German Economy Minister Robert Habek said they had reached a point where Germany could handle the effects of the oil embargo.

German Chancellor Olaf Schultz was under increasing pressure to make a firm decision on Russia’s oil imports. He is more cautious than any other Western leader in supporting Ukraine against Russia.

He asserted that sanctions would not be lifted until Russian President Vladimir Putin had signed a peace agreement with Ukraine that could support Kiev.

Moscow has demanded that the price of gas supplied to Europe be paid in rubles, but the EU has refused. As a result, Moscow cut off gas supplies to Bulgaria and Poland last week.

EU ministers met on Monday to demand that Moscow pay for gas in rubles. The meeting warned that Moscow’s demand for a gas price in rubles could be a violation of current EU sanctions.

The ambassadors of the EU countries will meet on Wednesday to discuss Russia’s proposed oil embargo.