Headlines
Redwan Rahman graduates from FilmdomThe local government minister has instructed to cut the road if necessary to remove the waterRequest to withdraw closure shop at night till EIDThe days of the Western monolithic world are over: PutinLeaders of Germany, France, and Italy in Kyiv to express solidarity‘Presidents of two countries call and pressurized Mbappé’Two U.S. citizens are thought to be missing or taken prisoner in UkraineCOVID: The technical committee suggested lifting some restrictionsPetrol prices hit record highs in the USCanada wants a stern warning against cigarettesThe task force to protect the mountains, demanded the formation of a speedy trial tribunalDepot fire: CID tries to find the cause on CCTVRussian passports are being issued in occupied UkraineFire on Parabat Express: Railroad to Sylhet is normal after 4 hoursAnother 24 children died in Mariupol, Ukraine said
Home Headlines The first cargo of Ukrainian corn left the Romanian port after the...
Facebook
Twitter
WhatsApp
Print 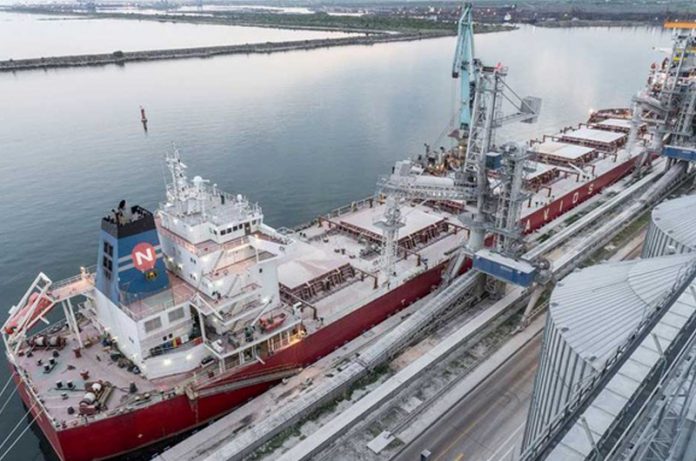 News Desk: A cargo ship carrying 71,000 tons of corn has left for the Romanian port of Constanta in the Black Sea, according to the port’s director, Commax.

On Thursday, the Ukrainian corn carrier left the ship with the first cargo ship in Russia’s invasion of Ukraine on February 24.

Ukraine’s seaports have been rendered inoperable after more than two months of the war; That is why the world’s fourth-largest grain exporter has to send its shipments to Romania either by train through the western border or through the small Danube river ports.

“This is the first Panamax ship to leave the port with Ukrainian corn,” Viral Panayet, president of Comex, told Reuters.

The ship carrying the cargo was named Unity N, an eyewitness said.

Comvax operates the fastest grain loading terminal in Europe; This terminal can handle up to 60,000 tons per day.

Panait said they had already completed the work of loading 35,000 tons of iron ore from Ukraine. Loading on the second ship may also end by May 15.