Headlines
Redwan Rahman graduates from FilmdomThe local government minister has instructed to cut the road if necessary to remove the waterRequest to withdraw closure shop at night till EIDThe days of the Western monolithic world are over: PutinLeaders of Germany, France, and Italy in Kyiv to express solidarity‘Presidents of two countries call and pressurized Mbappé’Two U.S. citizens are thought to be missing or taken prisoner in UkraineCOVID: The technical committee suggested lifting some restrictionsPetrol prices hit record highs in the USCanada wants a stern warning against cigarettesThe task force to protect the mountains, demanded the formation of a speedy trial tribunalDepot fire: CID tries to find the cause on CCTVRussian passports are being issued in occupied UkraineFire on Parabat Express: Railroad to Sylhet is normal after 4 hoursAnother 24 children died in Mariupol, Ukraine said
Home Country The handwriting in the foreign women’s gift book is ‘matching’ with Babul
Facebook
Twitter
WhatsApp
Print 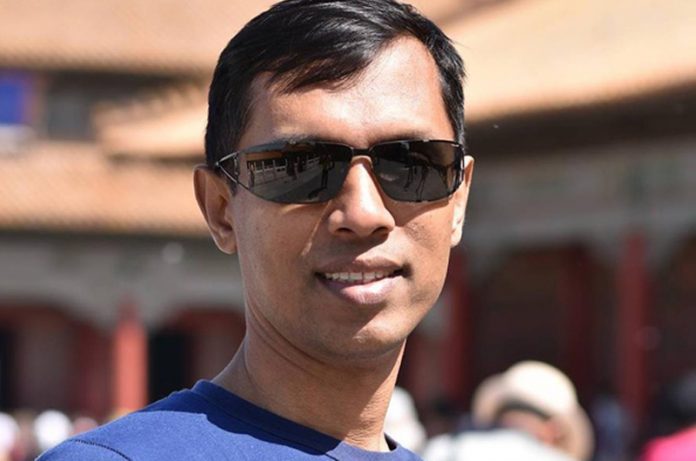 Senior Reporter: According to the Bureau of Investigation (PBI), Babul Akhtar’s handwriting was found to be similar to the textbook received as a gift from a foreign woman.

At the direction of the court, the Criminal Investigation Department (CID) the police collected samples of Babul Akter’s handwriting and matched it with the text of the book. The PBI has received the report of that test.

Additional Inspector General of Police (IGP) Banaj Kumar Majumder told bdnews24.com on Friday, “The CID has submitted its report. There is a similarity between the sample handwriting and the writing in the book. ”

Former police officer Babul Akhter has been arrested in connection with the murder of his wife Mahmuda Akhter Mitu and is now in jail.

Mitu’s father Mosharraf Hossain alleged that Babul killed his wife by falling in love with a foreigner. On the basis of that allegation, the PBI had seized the book as evidence of the case and requested for collection of English handwriting samples of Babul Akhtar.

According to him, a sample of Babul’s English handwriting was taken on March 22 in the khas room of the Additional Chief Metropolitan Magistrate of Chittagong Muhammad Abdul Halim. It is then sent to the CID laboratory.

PBI Chittagong Metro Special Superintendent of Police Naima Sultana told bdnews24.com: We will inform the court what is there. ”

According to a PBI official, the 12 types of handwriting features were compared and the similarities between the book and the sample handwriting were found in the report.

According to the application for collecting samples of Babul’s handwriting, in 2013, Babul Akhtar had a ‘relationship’ with a foreign woman working for an international development agency in Cox’s Bazar. He presented Babul with an English-language book, Taliban, written by Ahmed Rashid.

On the morning of June 5, 2016, Mitu was publicly shot and hacked to death while he was going to pick up his son on a school bus at GEC intersection in Chittagong city.

After the murder, Babul Akhter, then superintendent of police, filed a case against some unidentified persons at Panchlaish police station.

While investigating the Mitu murder case, the PBI gave the final report in the case filed by him on May 12 stating that he had received information about Babul’s involvement. Later on the same day, Mitu’s father Mosharraf Hossain filed a new murder case accusing nine people including Babul.