Headlines
Redwan Rahman graduates from FilmdomThe local government minister has instructed to cut the road if necessary to remove the waterRequest to withdraw closure shop at night till EIDThe days of the Western monolithic world are over: PutinLeaders of Germany, France, and Italy in Kyiv to express solidarity‘Presidents of two countries call and pressurized Mbappé’Two U.S. citizens are thought to be missing or taken prisoner in UkraineCOVID: The technical committee suggested lifting some restrictionsPetrol prices hit record highs in the USCanada wants a stern warning against cigarettesThe task force to protect the mountains, demanded the formation of a speedy trial tribunalDepot fire: CID tries to find the cause on CCTVRussian passports are being issued in occupied UkraineFire on Parabat Express: Railroad to Sylhet is normal after 4 hoursAnother 24 children died in Mariupol, Ukraine said
Home Economy The idea of returning to the country as a country of money...
Facebook
Twitter
WhatsApp
Print 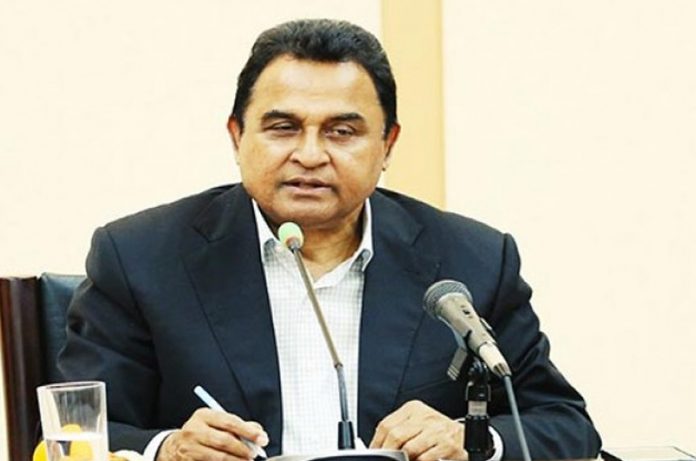 “I don’t think it’s a good proposal,” he told reporters after a meeting of the Cabinet Committee on Economic Affairs on Wednesday. I don’t think that’s right. “

The research institute CPD had recommended checking whether any other money is entering the country in the name of remittances.

Remittances sent by expatriate workers are a major source of foreign exchange in Bangladesh. The government is offering a 2 percent incentive to encourage remittances.

In other words, if the expatriates send 100 rupees to the country, the government is giving a total of 102 rupees by adding 2 more rupees.

The finance minister said, “Some say that the country’s money is smuggled abroad and brought back to get incentives.

Explaining the reason for the suspicion, Mustafa Kamal said, “We have to see whether the money is coming in proportion to the amount of manpower we have abroad. More than that, we have to understand that something else is happening here. ”

Remittances, the country’s largest supplier of reserves, have declined in the last two months. Some experts say it increased as it came legally during the epidemic, but now it is not coming as a government because it is coming again through other means, including hundi.

When asked about this, the finance minister said, “In three months, less than one billion dollars has come. Last year it came to about 25 billion. At the current pace, it looks like 22 to 23 billion will come.

“The main reason for this is that the expatriate brothers and sisters who were working in different countries could not come back to the country during the time of Covid for various reasons. Now started going again. As a result, the issue of remittances will be resolved gradually. ”

Mustafa Kamal thinks that there is no other reason behind the decrease in remittances.