Headlines
Redwan Rahman graduates from FilmdomThe local government minister has instructed to cut the road if necessary to remove the waterRequest to withdraw closure shop at night till EIDThe days of the Western monolithic world are over: PutinLeaders of Germany, France, and Italy in Kyiv to express solidarity‘Presidents of two countries call and pressurized Mbappé’Two U.S. citizens are thought to be missing or taken prisoner in UkraineCOVID: The technical committee suggested lifting some restrictionsPetrol prices hit record highs in the USCanada wants a stern warning against cigarettesThe task force to protect the mountains, demanded the formation of a speedy trial tribunalDepot fire: CID tries to find the cause on CCTVRussian passports are being issued in occupied UkraineFire on Parabat Express: Railroad to Sylhet is normal after 4 hoursAnother 24 children died in Mariupol, Ukraine said
Home More Agriculture The importance of the PM in the food processing industry
Facebook
Twitter
WhatsApp
Print 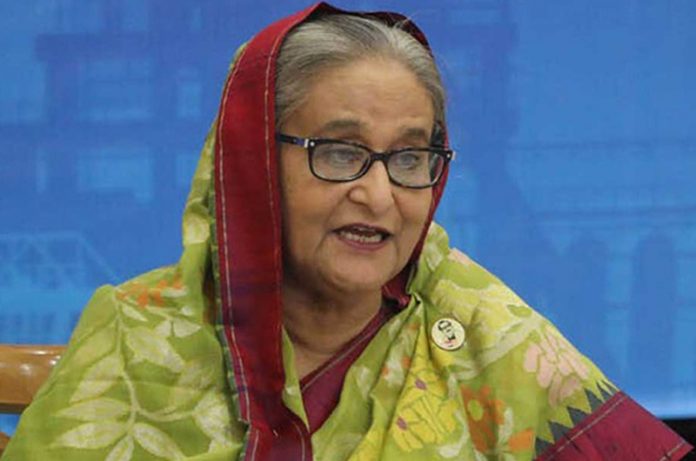 Staff Reporter: Prime Minister Sheikh Hasina has said that the government is giving special importance to the food processing industry to meet local demand as well as increase exports.

He said this while laying the foundation stone of Ghorashal Palash Urea Fertilizer Project and inaugurating four completed projects of BITAC, BSIC, and BSEC under the Ministry of Industries on Thursday.

“If we can process these, that is, add value, then we will be able to export abroad, as well as the people of our own country, as our purchasing power is increasing, our market is expanding there. We are taking various steps towards that. ”

Highlighting the various steps taken by the government to expand industrialization, Sheikh Hasina said, “Our economy is based on agriculture, but at the same time we need industrialization. As industrialization creates employment, it also creates opportunities for export. As well as increasing the purchasing power of the people of our country – so that the market for our products expands; With this in mind, we have taken various steps.

“We are building 100 industrial zones. As a result of the steps we have taken, as we celebrate the golden jubilee of independence, Bangladesh has gained the status of a developing country. ”

Highlighting the steps taken by the government for environment-friendly industrialization, the Prime Minister said, “We are promoting eco-friendly industries across the country. Protecting our environment is the most important thing right now. Bangladesh is at risk as a result of climate change. We are taking steps to make the environment environmentally friendly, starting from every industrial plant we are building.

“Even the green industries in the garment industry are now seven out of 10 in the world, but now in Bangladesh. We are taking every step toward the environment. ”

The head of government said, “We have set up 57 industrial cities for the expansion of small and cottage industries. When we come to power, we will set up 13 industrial cities.” And to strengthen the private sector, we have taken various steps to reduce tariffs on our raw material imports, create an investment-friendly environment, and expand the export processing area.

“As a result, Bangladesh has made a lot of progress. When we formed the government for the second time, we took many more steps. I am grateful to the people that they have repeatedly elected us, and we have been able to develop Bangladesh today. ”

Highlighting the growth of the country’s export earnings, the Prime Minister said, “Our total export earnings in the fiscal year 2008-09 were 15,585 million US dollars. We have been able to increase it to USD 45,038 million in FY 2020-21. At present, we are able to export 6 products to about 202 countries and regions.

“As a result of our government’s policies and programs, our industry’s contribution to GDP has now grown to about 35 percent.”

Highlighting the Ghorashal Palash Urea Fertilizer Project, Sheikh Hasina said, “We have taken an initiative to set up a new high capacity, state-of-the-art, energy-efficient and environmentally friendly new fertilizer plant ‘Ghorashal Palash Urea Fertilizer Factory’ on the site of two old urea fertilizer factories at Ghorashal and Palash.” The new fertilizer factory daily 2800 Mat. Tons (about 1 million MT per year) of granular urea fertilizer will be produced. The use of state-of-the-art technology will increase urea production by 10% from carbon dioxide. ”

The Prime Minister expressed special gratitude to the Governments of Japan and China for providing loan assistance for this project.