Headlines
Redwan Rahman graduates from FilmdomThe local government minister has instructed to cut the road if necessary to remove the waterRequest to withdraw closure shop at night till EIDThe days of the Western monolithic world are over: PutinLeaders of Germany, France, and Italy in Kyiv to express solidarity‘Presidents of two countries call and pressurized Mbappé’Two U.S. citizens are thought to be missing or taken prisoner in UkraineCOVID: The technical committee suggested lifting some restrictionsPetrol prices hit record highs in the USCanada wants a stern warning against cigarettesThe task force to protect the mountains, demanded the formation of a speedy trial tribunalDepot fire: CID tries to find the cause on CCTVRussian passports are being issued in occupied UkraineFire on Parabat Express: Railroad to Sylhet is normal after 4 hoursAnother 24 children died in Mariupol, Ukraine said
Home Headlines The Kremlin has dismissed rumors that Putin has declared war on Ukraine
Facebook
Twitter
WhatsApp
Print 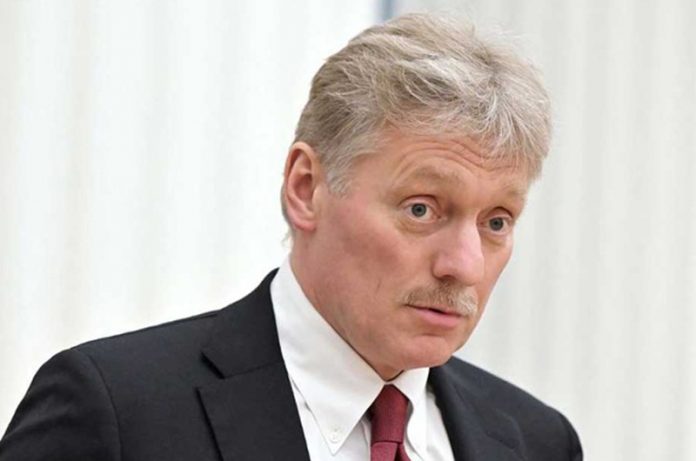 Md. Ashraful Islam: The Kremlin has slammed Western officials and analysts for speculating that President Vladimir Putin would formally declare war on Ukraine on May 9, Russia’s Victory Day.

Putin has called Russia’s aggression against Ukraine, which began on February 24, a “special military operation” rather than a war.

But some Russian observers, including Western politicians, have speculated that Putin could declare a full-scale war against Ukraine on Monday (May 9th), or both.

Asked about this, Kremlin spokesman Dmitry Peskov said: “There is no chance. This is nonsense. ” He also said that the people should not listen to the rumors that a decision may be taken to mobilize the army at the national level.

“That’s not true,” Peskov told reporters. These are nonsense. “

Why is May 9 important for Russia?

May 9 is the victory day of the Soviet Union in World War II. On this day in 1945, Hitler’s Nazi forces were defeated in Russia. Russia has been remembering the day ever since.

This day is celebrated annually in Moscow by military parades and in honor of Vladimir Lenin, the undisputed leader of the Russian Marxists.

James Nixi, director of the Russia-Eurasia program at Chatham House, told CNN: “May 9 was created to show the people inside the country, to intimidate the opposition and to appease the then-dictator.”

Western officials have long believed that Putin could use the day’s symbolic significance and propaganda to declare a military victory or an all-out war in Ukraine, or both.

Russian President Putin has a special interest in symbolism. That’s why Moscow has launched a military operation in Ukraine, the day after Russia’s “Fatherland Defense Day.”

What does it mean to declare a formal war?

Russia will be able to fully deploy its reserve forces if a formal war is declared. This will pave the way for strengthening Putin’s campaign.

According to Crisis Group Russia analyst Oleg Ignatov, Putin has many options. “The declaration of war is one of the most difficult situations.”

Ukraine has not yet declared war on Russia. After Ukraine fell victim to Russian aggression in February, President Vladimir Zelensky imposed martial law on the country.

The law would allow the Russian government to use its military force to the fullest extent possible if the Russian Federation were to be invaded or threatened by a foreign enemy.

According to Nixi, director of the Russia-Eurasia program at Chatham House, at least 15,000 Russian troops have been killed so far in the war, and Moscow will need to step up its efforts to meet its target in Ukraine.

Analyst Ignatov said that in this situation, Russia will have to make large-scale plans for a massive deployment of troops to Ukraine or an all-out war. For example, increasing the compulsory recruitment for the existing troops in the armed forces, recruiting those who are old enough to go to war and recruiting reserve troops.

But Ignatov said it could pose a major risk to Putin’s government. “It could change the whole Kremlin tradition,” he said. According to him, if Russia takes such a step, it will prove that Putin’s invasion of Ukraine is not going according to plan.

“This is a very risky decision,” Ignatov said, adding that a full-fledged deployment of troops to Ukraine would “severely damage Russia’s ailing economy.”

What else could happen?

Although Putin did not declare war on May 9, he could make another declaration in his Victory Day statement. What is that announcement?

Other options, analysts say, include the seizure of the separatist regions of Luhansk and Donetsk in eastern Ukraine, a major offensive in southern Odessa, or a declaration of full control of the southern port city of Mariupol.

There are also speculations that Putin may plan to occupy the southeastern city of Kherson by declaring it a “people’s republic.”

Analyst Ignatov said: “He (Putin) may announce some victory for Russian forces in Ukraine. And through this, he can use the memorable 9th of May to increase his public support. ”

However, analysts say it is difficult to predict what Russia and President Putin will do.

“All decisions are made by one person (President Putin) on the advice of a few advisers,” he said.