Headlines
Redwan Rahman graduates from FilmdomThe local government minister has instructed to cut the road if necessary to remove the waterRequest to withdraw closure shop at night till EIDThe days of the Western monolithic world are over: PutinLeaders of Germany, France, and Italy in Kyiv to express solidarity‘Presidents of two countries call and pressurized Mbappé’Two U.S. citizens are thought to be missing or taken prisoner in UkraineCOVID: The technical committee suggested lifting some restrictionsPetrol prices hit record highs in the USCanada wants a stern warning against cigarettesThe task force to protect the mountains, demanded the formation of a speedy trial tribunalDepot fire: CID tries to find the cause on CCTVRussian passports are being issued in occupied UkraineFire on Parabat Express: Railroad to Sylhet is normal after 4 hoursAnother 24 children died in Mariupol, Ukraine said
Home Crime The land on the highway was embezzled through the bank, the ACC...
Facebook
Twitter
WhatsApp
Print 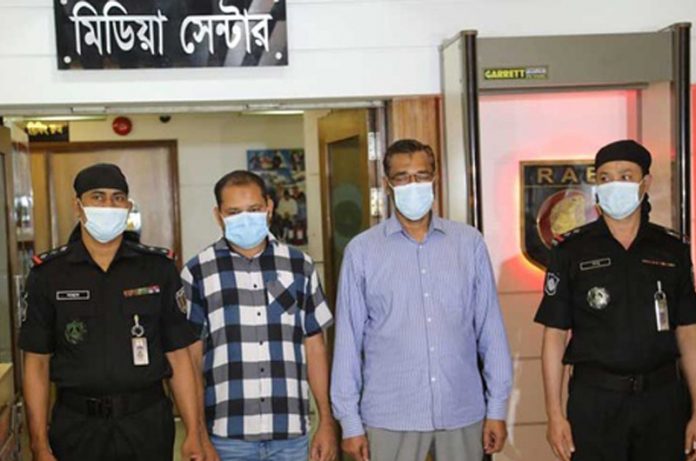 Staff Reporter: The High Court has directed to probe into the incident of taking a loan of TK 15 crore from a bank by showing the land of the highway in Dhaka’s Azampur as privately owned.

The court has asked the Anti-Corruption Commission (ACC) to investigate the matter and submit a report by June 28.

A preliminary hearing of a writ petition in the public interest said, Justice. Nazrul Islam Talukdar and Justice Kazi Mohammad. The High Court bench of Izarul Haque Akand passed the order on Monday.

Besides, the court has issued a rule asking why the failure of the concerned to take necessary action against the corrupt people who have mortgaged the land through corruption and forgery should not be declared as ‘illegal and out of legal authority.

The rule also asks why necessary action should not be taken against those involved in auctioning the property as a professional responsibility.

The writ petition was filed in the High Court on April 21 in the public interest of Supreme Court lawyer Obaid Ahmed.

A man named Golam Farooq became the owner of land in Azampur, Uttara through fraud. Later, he mortgaged the land and took a loan of TK 15 crore from a private bank. The bank auctioned the land on that part of the highway for not repaying the loan.

RAB arrested Golam Farooq and two others from Uttara on April 14 in connection with the fraud.

The next day, they appeared before the media, the agency said, adding that an investigation into a murder case involving forged documents at Merul Badda had uncovered land fraud.

Commander Khandaker Al Moin, director of the RAB’s law and media wing, told reporters on the same day that Golam Farooq had registered privately-owned government land in the highway category with the connivance of unscrupulous employees of several government offices. Although the Department of Roads and Highways L. This case was acquired on the basis of 13-1947 / 49 and again on the basis of 8-1957 / 58.

Moin told Golam Farooq for questioning that he started his business as a car importer in 2000. Therefore, he started importing cars by applying for LC without any mortgaged property in a private bank.

As the bank is obliged to repay the money, the bank sells the imported car and gives a demand loan of TK 7 crore to Golam Farooq on the condition of repaying the money.

Later, when the bank pressured him to mortgage his property for not repaying the bank loan, he planned to register the government land in the name of a person.

According to the plan, he found the son of a landowner in the Azampur section of Uttara on the Dhaka-Mymensingh highway. The land was acquired by the government in 1947. In 2007, he made a fake document of that land with false information. On the basis of that document, Farooq bought the land from the owner’s son in the name of his wife in 2010 at a nominal price and made another document.

The landlord again took the deed from his wife in his own name, after which he mortgaged the land to the private bank and took another loan of TK 15 crore. But the bank issued a notice in 2013 to sell the mortgaged land at auction as the bank did not repay the loan. Later, the officials went there and saw that it was government property.