Headlines
Redwan Rahman graduates from FilmdomThe local government minister has instructed to cut the road if necessary to remove the waterRequest to withdraw closure shop at night till EIDThe days of the Western monolithic world are over: PutinLeaders of Germany, France, and Italy in Kyiv to express solidarity‘Presidents of two countries call and pressurized Mbappé’Two U.S. citizens are thought to be missing or taken prisoner in UkraineCOVID: The technical committee suggested lifting some restrictionsPetrol prices hit record highs in the USCanada wants a stern warning against cigarettesThe task force to protect the mountains, demanded the formation of a speedy trial tribunalDepot fire: CID tries to find the cause on CCTVRussian passports are being issued in occupied UkraineFire on Parabat Express: Railroad to Sylhet is normal after 4 hoursAnother 24 children died in Mariupol, Ukraine said
Home Headlines The ‘largest’ monkeypox infection in Europe has surpassed 100 infected
Facebook
Twitter
WhatsApp
Print 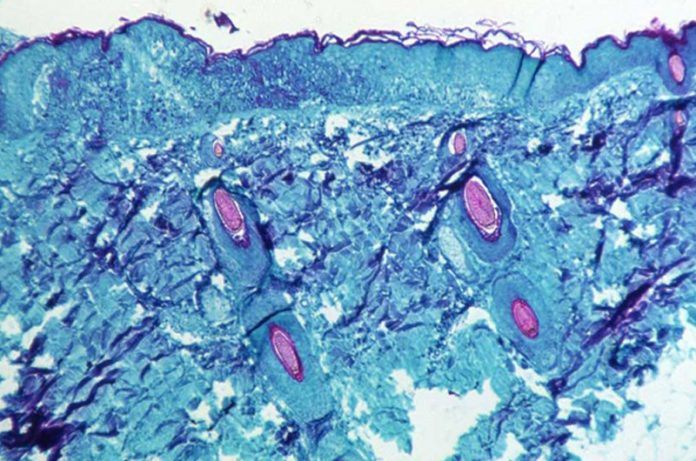 News Desk: Monkeypox, a rare disease that has recently spread to many countries, is spreading even faster. The number of pox cases in Europe has reportedly exceeded 100.

German officials have described the spread of the monkeypox in the region as “the biggest ever”.

Monkeypox infections have been confirmed in several countries, including the United States, Canada, Spain, Portugal, Belgium, France, Australia, and the United Kingdom.

On Friday, the German Armed Forces Medical Service identified the first monkeypox patient in the country. They say that the spread of monkeypox in the United Kingdom, Spain, and Portugal is the most widespread and widespread in Europe.

Monkeypox is a rare viral infectious disease, which is transmitted from animals to humans. The disease usually causes mild symptoms in the body, and it is hoped that most people will recover within a few weeks.

The disease was first identified in monkeys. Outbreaks appear to be exacerbated during close contact and are rare in Africa. That is why the recent spread of monkeypox in the country has caused concern.

Researchers at the Robert Koch Institute in Germany have described the outbreak of monkeypox as an epidemic. However, he said, the epidemic is unlikely to last long. Because it is possible to differentiate the patient very well through contact tracing and there are necessary medicines and vaccines for this disease.

Scientists also say that he does not think that Monkeypox will continue to spread like Covid-19. This is because the virus does not spread as easily as SARS Cove-2.