Headlines
Redwan Rahman graduates from FilmdomThe local government minister has instructed to cut the road if necessary to remove the waterRequest to withdraw closure shop at night till EIDThe days of the Western monolithic world are over: PutinLeaders of Germany, France, and Italy in Kyiv to express solidarity‘Presidents of two countries call and pressurized Mbappé’Two U.S. citizens are thought to be missing or taken prisoner in UkraineCOVID: The technical committee suggested lifting some restrictionsPetrol prices hit record highs in the USCanada wants a stern warning against cigarettesThe task force to protect the mountains, demanded the formation of a speedy trial tribunalDepot fire: CID tries to find the cause on CCTVRussian passports are being issued in occupied UkraineFire on Parabat Express: Railroad to Sylhet is normal after 4 hoursAnother 24 children died in Mariupol, Ukraine said
Home Country The local government minister has instructed to cut the road if necessary...
Facebook
Twitter
WhatsApp
Print 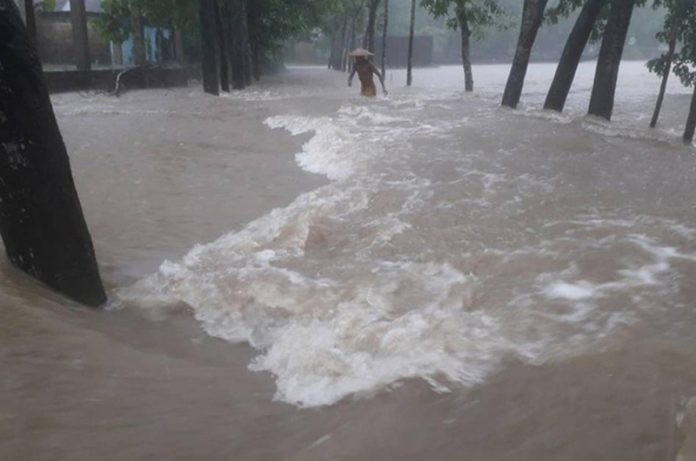 He told a press briefing at the Government Bus Building on Minto Road on Saturday that the local government engineering department and the Sylhet City Corporation had been instructed in this regard.

“Roads that are not able to go down due to waterlogging have been asked to be cut off immediately,” he said. Officials from the local government engineering department and the city corporation are monitoring the situation. ”

Besides, instructions have been given to supply electricity through the generator to Sylhet MAG Osmani Hospital, said Tajul Islam.

Record rains from Assam and Meghalaya in India have brought extreme misery to large areas of northeastern Bangladesh. At least 35 lakh people in Sylhet and Sunamganj have been inundated by the third phase of floods. In addition to the local administration, the army is also conducting rescue operations in these two districts.

The minister said the main goal of the government was to protect people from flood-hit areas and bring them to safety. Provide dry food, pure water, and water purification tablets to the stranded people.

He said, “It is possible to take quick action, as the government was prepared in advance.”

State Minister for Disaster Management Enamur Rahman said that 32,000 packets of dry and other food items have been allotted for the flood victims.

Besides, Tk 80 lakh has been disbursed in Sunamganj and Sylhet so far, he said in a briefing at the secretariat on Saturday afternoon.

According to the Flood Forecasting and Warning Center, moderate to heavy rains are expected in the next 72 hours in the northern part of the country, northeast and adjoining parts of Assam, Meghalaya, and West Bengal.

According to the Centre’s forecast, the situation could worsen in the next 24 hours in 11 flood-hit districts. And Teesta water may be near or above the danger level at this time.

The local government minister told reporters that the government would provide the necessary funds to repair the roads, bridges, and other damage caused by the floods.