Headlines
Redwan Rahman graduates from FilmdomThe local government minister has instructed to cut the road if necessary to remove the waterRequest to withdraw closure shop at night till EIDThe days of the Western monolithic world are over: PutinLeaders of Germany, France, and Italy in Kyiv to express solidarity‘Presidents of two countries call and pressurized Mbappé’Two U.S. citizens are thought to be missing or taken prisoner in UkraineCOVID: The technical committee suggested lifting some restrictionsPetrol prices hit record highs in the USCanada wants a stern warning against cigarettesThe task force to protect the mountains, demanded the formation of a speedy trial tribunalDepot fire: CID tries to find the cause on CCTVRussian passports are being issued in occupied UkraineFire on Parabat Express: Railroad to Sylhet is normal after 4 hoursAnother 24 children died in Mariupol, Ukraine said
Home Headlines The new cabinet this week, the promise of the President of Sri...
Facebook
Twitter
WhatsApp
Print 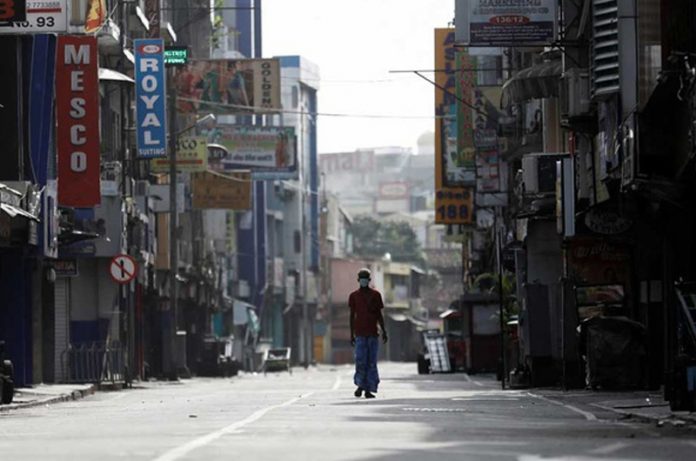 Md. Ashraful Islam: Sri Lankan President Gotabaya Rajapaksa has promised to form a new prime minister and cabinet this week in the wake of anti-government protests and violence over the economic crisis.

He said the new prime minister and cabinet would represent a majority of the 225 seats in parliament. Constitutional changes will be made to give more power to the parliament.

In a statement, Gotabaya Rajapaksa said, “I am taking steps to form a new government to control the current situation, to save the country from anarchy, and to carry out the stalled government activities.”

Ahead of the president’s statement, the governor of Sri Lanka’s central bank announced he would resign if political instability did not return within weeks, Reuters reported.

P Nandalal Virasinghe was appointed governor of the central bank last month to pull the South Asian island nation out of the biggest financial crisis in its history. Nandalal Virasinghe said a stable government is essential to get the country’s economy back on track.

“I have made it clear to the president and other political parties that I will resign if political stability is not restored in the next couple of weeks,” the governor told reporters.

“If there is no political stability, it doesn’t matter who the governor of the central bank is. There is no other way to stop the economy from collapsing. “

The Sri Lankan government is now mired in debt of 51 billion. The country is set to repay 7 billion in debt this year, but the money is not in its hands.

Sri Lanka’s foreign exchange reserves have dropped to just 50 million as a result of the Covid-19 epidemic and the war in Ukraine. Other necessities of life such as cooking oil, gas, fuel, medicine, food, and other commodities are not being imported. Although the Sri Lankan government has reached out to international organizations, it has not received much help.

Ordinary citizens have been blaming President Gotabaya Rajapaksa and his brother, the recently resigned Prime Minister Mahinda Rajapaksa, and their families for the country’s dire financial woes. They have been agitating for a new government for more than a month.

On Monday, supporters of the ruling party stormed an anti-government protest camp in Colombo, breaking the deadlock. Nine people were killed and more than 200 were injured in the clashes.

Within hours of the violence, Prime Minister Mahinda Rajapaksa resigned. All members of the country’s cabinet also resigned. This paved the way for the formation of a consensus government in Sri Lanka.

Police and soldiers also patrolled the streets of Viraketia, the family home of the Rajapaksa family, on Wednesday. There is a curfew until Thursday morning.