Headlines
Redwan Rahman graduates from FilmdomThe local government minister has instructed to cut the road if necessary to remove the waterRequest to withdraw closure shop at night till EIDThe days of the Western monolithic world are over: PutinLeaders of Germany, France, and Italy in Kyiv to express solidarity‘Presidents of two countries call and pressurized Mbappé’Two U.S. citizens are thought to be missing or taken prisoner in UkraineCOVID: The technical committee suggested lifting some restrictionsPetrol prices hit record highs in the USCanada wants a stern warning against cigarettesThe task force to protect the mountains, demanded the formation of a speedy trial tribunalDepot fire: CID tries to find the cause on CCTVRussian passports are being issued in occupied UkraineFire on Parabat Express: Railroad to Sylhet is normal after 4 hoursAnother 24 children died in Mariupol, Ukraine said
Home Headlines The new president of the UAE is Sheikh Mohammed bin Zayed
Facebook
Twitter
WhatsApp
Print 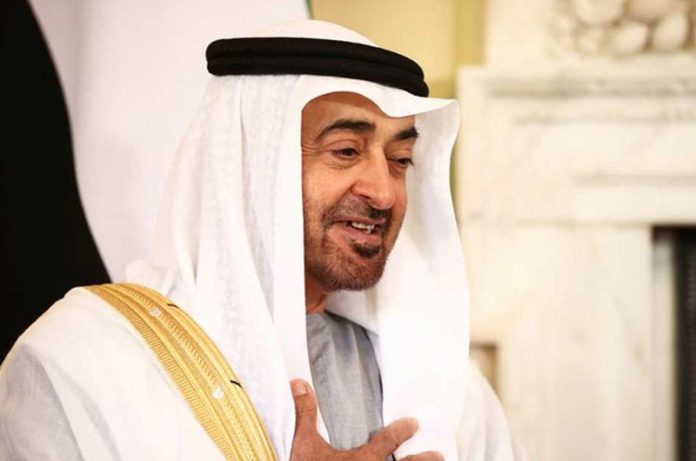 Mohammed bin Zayed’s half-brother, known as MBZ, was known as the “de facto” ruler of the country during the last few years of the rule of former UAE President Sheikh Khalifa bin Zayed.

On Saturday, the day after Sheikh Khalifa’s death, the Supreme Council, comprising the rulers of the six emirates of the United Arab Emirates, handed over the responsibility to MBZ, Reuters reported.

As president, Mohammed bin Zayed, an OPEC member, had the opportunity to consolidate his power throughout the oil-producing and one of the most influential countries in the Gulf region.

“We congratulate him, and we pledge allegiance like our people. The whole country will move forward towards prosperity under his leadership, “said Sheikh Mohammed bin Rashid Al-Maktoum, Ruler of Dubai, Vice President and Prime Minister of the United Arab Emirates.

In the few years that Sheikh Khalifa was ill, MBZ-e was practically ruling the country. Since the stroke in 2014, Sheikh Khalifa has not been seen in public.

Mohammed bin Zayed, 61, became president at a time when relations with the emirate and their longtime ally Washington were apparently not going well.

Many feel dissatisfied with the idea that the United States is bypassing the security concerns of its Gulf allies.

Under the leadership of the MBZ, a new military structure is emerging in the Middle East, creating a new anti-Iranian axis with Israel.

He also enhanced the UAE’s military capabilities, which, in conjunction with its oil resources and business hub status, have contributed to the UAE’s influence in the Middle East and beyond.