Headlines
Redwan Rahman graduates from FilmdomThe local government minister has instructed to cut the road if necessary to remove the waterRequest to withdraw closure shop at night till EIDThe days of the Western monolithic world are over: PutinLeaders of Germany, France, and Italy in Kyiv to express solidarity‘Presidents of two countries call and pressurized Mbappé’Two U.S. citizens are thought to be missing or taken prisoner in UkraineCOVID: The technical committee suggested lifting some restrictionsPetrol prices hit record highs in the USCanada wants a stern warning against cigarettesThe task force to protect the mountains, demanded the formation of a speedy trial tribunalDepot fire: CID tries to find the cause on CCTVRussian passports are being issued in occupied UkraineFire on Parabat Express: Railroad to Sylhet is normal after 4 hoursAnother 24 children died in Mariupol, Ukraine said
Home Country The Padma Bridge will open at the end of June: Kader
Facebook
Twitter
WhatsApp
Print 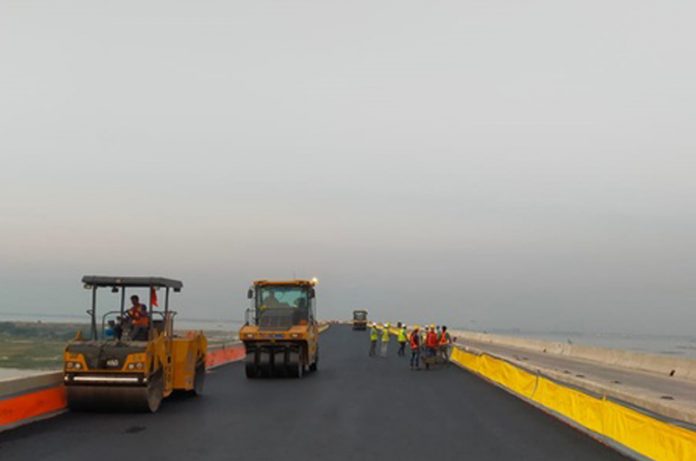 Staff Reporter: Minister for Road Transport and Bridges Obaidul Quader has said that the work of Padma Bridge, the dream of the people of South Janapad, has been completed by 98 percent.

He told reporters at the Setu Bhaban in Banani on Wednesday afternoon, “A number of issues have been decided at the board meeting of the bridge department today. The most priority project is the Padma Bridge.

“We are preparing to inaugurate the Padma Bridge by the end of next month (June). We will send the inauguration summary to Prime Minister Sheikh Hasina. The Padma Bridge will be inaugurated on the day he gives time in June. “

Asked if the bridge would be inaugurated on June 23, the founding anniversary of the Awami League, he said, “I am talking about my responsibilities as the bridge minister. I have said that it will be inaugurated at the end of June, not on the 23rd. “

In April, Prime Minister Sheikh Hasina said in response to a question from the National Assembly that the Padma Bridge would be opened to traffic by the end of this year.

However, on May 5, Obaidul Quader told reporters at his home in Noakhali’s Kompaniganj Upazila that the date for the inauguration of the Padma Bridge had not been postponed. The Padma Bridge will be inaugurated next June.

The Prime Minister inaugurated the construction of the main bridge and river governance work in this project worth TK 30,193 crore in December 2015. Then on September 30, 2017, the first span was placed on the poles number 37 and 38.

If soft soil is found under 22 poles, the design needs to be modified. It takes extra time, about a year.

Then coronavirus epidemics and floods slow down the pace of work. The 32nd span was installed in October after overcoming all obstacles. Then the rest of the spans are placed in a short time.

In response to a question from reporters at the meeting on Wednesday, Quader said, “There is nothing to worry about the Padma Bridge. Work on the bridge is nearing completion, with little work left. That will end this month. “

The bridge minister said, “I have told the prime minister about this, but he is not agreeing. However, in the summary of the inauguration of the bridge that we will send, Sheikh Hasina will propose the name for the construction of the Padma Bridge. ”

The bridge minister also spoke about the Karnafuli tunnel at the board meeting of the bridge department.