Headlines
Redwan Rahman graduates from FilmdomThe local government minister has instructed to cut the road if necessary to remove the waterRequest to withdraw closure shop at night till EIDThe days of the Western monolithic world are over: PutinLeaders of Germany, France, and Italy in Kyiv to express solidarity‘Presidents of two countries call and pressurized Mbappé’Two U.S. citizens are thought to be missing or taken prisoner in UkraineCOVID: The technical committee suggested lifting some restrictionsPetrol prices hit record highs in the USCanada wants a stern warning against cigarettesThe task force to protect the mountains, demanded the formation of a speedy trial tribunalDepot fire: CID tries to find the cause on CCTVRussian passports are being issued in occupied UkraineFire on Parabat Express: Railroad to Sylhet is normal after 4 hoursAnother 24 children died in Mariupol, Ukraine said
Home Country The Prime Minister is going to three European countries in November
Facebook
Twitter
WhatsApp
Print 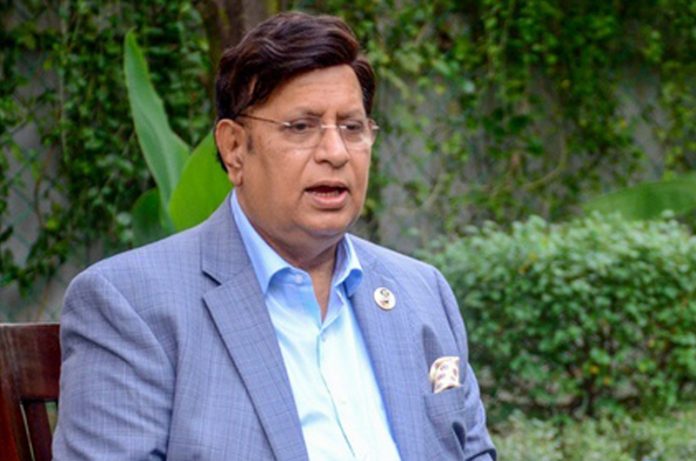 Foreign Minister AK Abdul Momen told reporters at his residence in Dhaka on Thursday about the Prime Minister’s visit.

He said the Prime Minister would leave Dhaka for Glasgow, Scotland on October 31. He will attend the three-day high-level meeting of COP 28 from November 1. Then go from Glasgow to Paris via London.

Sheikh Hasina is going to take part in the climate conference at a time when she is chairing the Bangladesh Climate Vulnerable Forum (CVF) and the Vulnerable 20 Group.

Foreign Minister Momen said he was also preparing to hold a high-level meeting of the CVF and COP-28 on the sidelines of the climate conference.

He said Prime Minister Sheikh Hasina would address a joint sitting of both houses of the Scottish Parliament.

This year’s World Climate Conference will be hosted by the United Kingdom in Glasgow, Scotland from 31 October to 12 November.

Possibility of a bilateral meeting with Johnson

He said, “The Prime Minister will go to London from Glasgow. We are trying to have a bilateral meeting with the British Prime Minister at 10 Downing Street. But it is not final yet. করছি We hope it will be. “

Momen said, “The British government was saying, if in Glasgow (meeting); Because he (Boris Johnson) will stay one night extra to meet many. We said that London is better. We are working on it. It will most likely be in London. ”

Sheikh Hasina will travel from London to Paris, France; There he will attend an event organized by the United Nations Educational, Scientific and Cultural Organization (UNESCO).

The ‘UNESCO-Bangladesh Bangabandhu Sheikh Mujibur Rahman International Prize in the Field of Creative Economy’, funded by Bangladesh, will be presented at the event on November 11.