Headlines
Redwan Rahman graduates from FilmdomThe local government minister has instructed to cut the road if necessary to remove the waterRequest to withdraw closure shop at night till EIDThe days of the Western monolithic world are over: PutinLeaders of Germany, France, and Italy in Kyiv to express solidarity‘Presidents of two countries call and pressurized Mbappé’Two U.S. citizens are thought to be missing or taken prisoner in UkraineCOVID: The technical committee suggested lifting some restrictionsPetrol prices hit record highs in the USCanada wants a stern warning against cigarettesThe task force to protect the mountains, demanded the formation of a speedy trial tribunalDepot fire: CID tries to find the cause on CCTVRussian passports are being issued in occupied UkraineFire on Parabat Express: Railroad to Sylhet is normal after 4 hoursAnother 24 children died in Mariupol, Ukraine said
Home More Art & Culture The Prime Minister mourns the death of Buddha
Facebook
Twitter
WhatsApp
Print 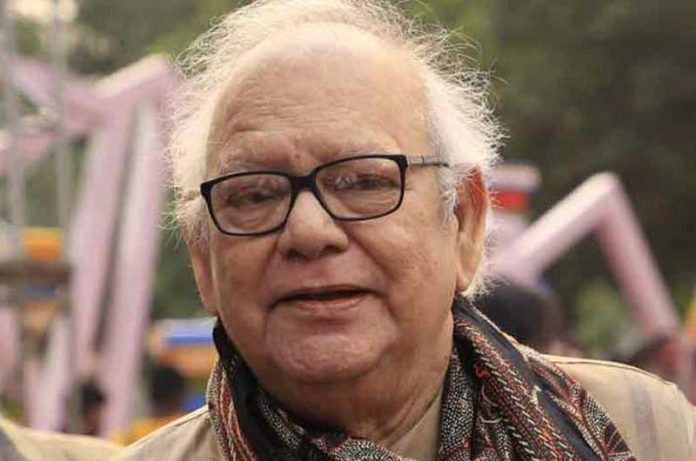 In a condolence message on Monday, the Prime Minister wished peace to the soul of the Buddha and conveyed deep sympathy to the bereaved family members.

Buddhadev has been undergoing treatment at Bellevue Hospital in South Kolkata since July 31. He died of a heart attack at around 11:30 pm on Sunday.

He was infected with coronavirus in April this year. He was then hospitalized after a long stay in quarantine at a hotel in the city.

According to hospital sources, Buddha had respiratory problems, urinary tract infections as well as liver and kidney problems. His eyesight was also blurred with age-related problems.

Corona was tested anew. Although he did not catch the infection, he could not return to normal life.

Buddhadev Guha was born on 29 June 1906 in Calcutta. Chartered Accountant Buddhadev is the creator of several unique characters in literature.

His first published book was ‘Jungle Mahal’. He has presented novels like ‘Madhukari’, ‘Kojagar’, ‘Abbahika’, ‘Babli’ to the readers at different times.