Headlines
The local government minister has instructed to cut the road if necessary to remove the waterRequest to withdraw closure shop at night till EIDThe days of the Western monolithic world are over: PutinLeaders of Germany, France, and Italy in Kyiv to express solidarity‘Presidents of two countries call and pressurized Mbappé’Two U.S. citizens are thought to be missing or taken prisoner in UkraineCOVID: The technical committee suggested lifting some restrictionsPetrol prices hit record highs in the USCanada wants a stern warning against cigarettesThe task force to protect the mountains, demanded the formation of a speedy trial tribunalDepot fire: CID tries to find the cause on CCTVRussian passports are being issued in occupied UkraineFire on Parabat Express: Railroad to Sylhet is normal after 4 hoursAnother 24 children died in Mariupol, Ukraine saidBelayet, who is in his fifties, has been given a good admission test against young
Home International The princess is getting married, but not like a fairy tale
Facebook
Twitter
WhatsApp
Print 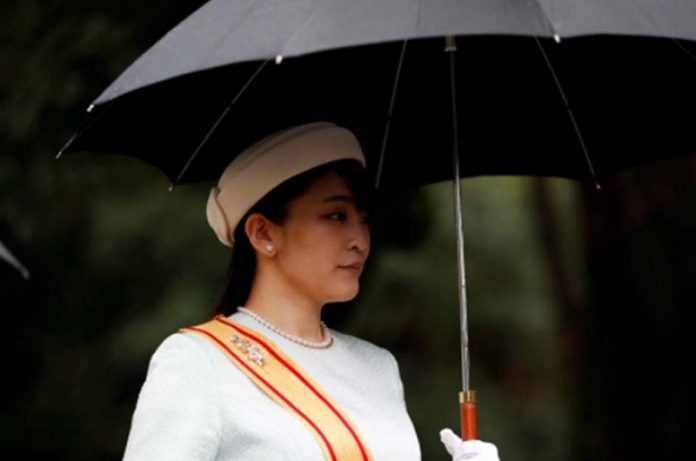 News Desk: Every girl who wants to be a princess probably needs to talk to Japanese Princess Mako at least once.

He grew up in a palace but fell in love with a boy from an ordinary house. After four years of engagement, they are finally getting married; For this, we have to give up royal dignity, title. It has been reported that he is not willing to take the money from the family as per the custom.

The New York Times reports that Princess Mako’s wedding date has been announced.

According to the announcement, Mako, the 29-year-old niece of Emperor Naruhito, is going to marry his fiancé Kie Kumuro on October 27.

According to Japanese law, if a girl in the royal family marries someone from the common house, she has to resign. However, there is no such provision for male members of the royal family.

After years of controversy, Princess Mako is finally getting married to her one-time classmate Kumuro and relinquishing the royal title, the BBC writes.

The couple first planned to get married in 2016, but later backed out.

It is expected that the couple will start living in the United States after marriage. Kumuro is working in the legal profession there.

The two met in 2012 while studying at Tokyo International Christian University; 5 years after the engagement.

Later news broke that Kumuro’s mother was suffering from a severe economic crisis; He took a loan from his one-time fiancé but could not repay it.

This is the reason why rumors have started circulating in the local media that the marriage of Mako and Kumuro has been delayed.

Later, the palace said in a statement that Kumuro’s mother’s financial crisis had nothing to do with the postponement of the marriage.

Mako’s father, Crown Prince Fumihito, however, commented that “the issue of money needs to be resolved before the princess’s wedding.”

There is a tradition in Japan of giving members of the royal family a one-time maximum of 150 million yen (about 13 million) when leaving the palace, but Mako is reportedly not taking it.

It is thought that the Japanese princess is going to abolish the rituals that are usually performed at the royal wedding.

Abandoning both one-time money and rituals, Makoi is set to become the first female member of the Japanese royal family to do so.