Headlines
Redwan Rahman graduates from FilmdomThe local government minister has instructed to cut the road if necessary to remove the waterRequest to withdraw closure shop at night till EIDThe days of the Western monolithic world are over: PutinLeaders of Germany, France, and Italy in Kyiv to express solidarity‘Presidents of two countries call and pressurized Mbappé’Two U.S. citizens are thought to be missing or taken prisoner in UkraineCOVID: The technical committee suggested lifting some restrictionsPetrol prices hit record highs in the USCanada wants a stern warning against cigarettesThe task force to protect the mountains, demanded the formation of a speedy trial tribunalDepot fire: CID tries to find the cause on CCTVRussian passports are being issued in occupied UkraineFire on Parabat Express: Railroad to Sylhet is normal after 4 hoursAnother 24 children died in Mariupol, Ukraine said
Home Headlines The right to abortion may be taken away, the United States is...
Facebook
Twitter
WhatsApp
Print 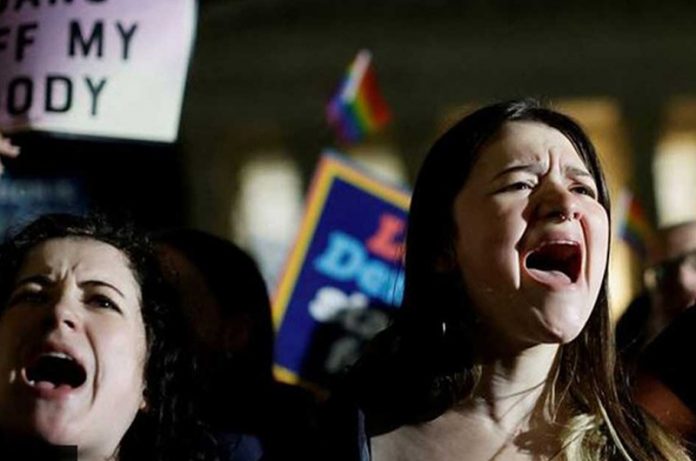 News Desk: Millions of women in the United States may lose the right to abortion. That is what a secret draft document leaked by the Supreme Court says. Politico, a political media outlet, published the document.

It said the US Supreme Court was in favor of overturning the nationwide legal decision to legalize abortion, “Rowe vs. Wade.”

The BBC reports that abortions could be banned in almost half of the US states if the 1973 ruling is overturned by the Supreme Court.

Supreme Court justices can announce the verdict in late June or early July.

According to CNN, the news that the legal decision may be overturned caused a stir in the political arena of the country on Monday night.

The repeal of this legal decision on the right to abortion would be a major victory for decades of the conservative movement in the United States.

In the meantime, there has been a storm of condemnation over the incident. Leading liberals, medical parties, and Democratic leaders have been called upon to take action. Protests also broke out immediately outside the Supreme Court building.

According to Politico, the secret documents were drafted by Conservative Justice Samuel Alito. The opinion of the majority of the judges of the court has been reflected in this draft. It criticized Rowe v. Wade in 1973, saying the decision to guarantee the right to abortion was a “wrong decision”.

The draft was distributed among the judges in early February. Votes and language changes may be made before the verdict is officially announced in June or July.

CNN could not confirm the veracity of the leaked leaks. A Supreme Court spokesman declined to comment. However, if the High Court takes such a step in the coming days, it will bring about a huge change in the life and law of the Americans.

Democrats are also in a frenzy after the draft documents were released on Monday night. Proponents of her case have been working to make the actual transcript of this statement available online.

Leading Democratic politicians Nancy Pelosi and Chuck Schumer said in a joint statement that “if the news is true, this is the first time in 50 years that the Supreme Court’s biggest sword has come down on this right.”