Headlines
Redwan Rahman graduates from FilmdomThe local government minister has instructed to cut the road if necessary to remove the waterRequest to withdraw closure shop at night till EIDThe days of the Western monolithic world are over: PutinLeaders of Germany, France, and Italy in Kyiv to express solidarity‘Presidents of two countries call and pressurized Mbappé’Two U.S. citizens are thought to be missing or taken prisoner in UkraineCOVID: The technical committee suggested lifting some restrictionsPetrol prices hit record highs in the USCanada wants a stern warning against cigarettesThe task force to protect the mountains, demanded the formation of a speedy trial tribunalDepot fire: CID tries to find the cause on CCTVRussian passports are being issued in occupied UkraineFire on Parabat Express: Railroad to Sylhet is normal after 4 hoursAnother 24 children died in Mariupol, Ukraine said
Home Country The spice price is also hiking
Facebook
Twitter
WhatsApp
Print 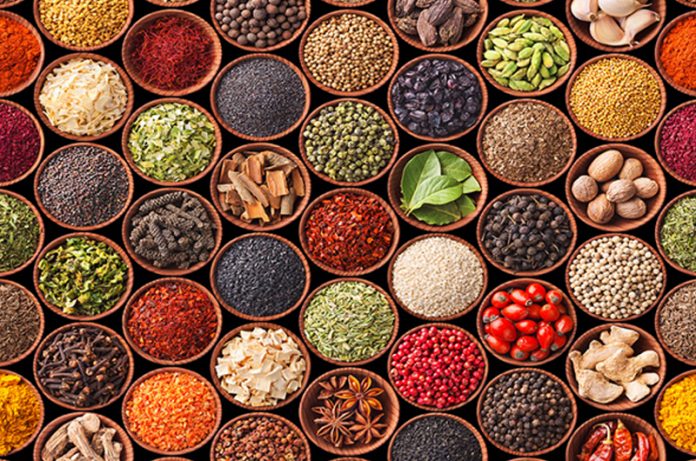 Chittagong Bureau: After edible oil, the prices of different types of spices are rising in the wholesale market of Chittagong, which is affecting the retail.

In Chittagong’s Khatunganj, one of the country’s largest wholesale markets, prices of spices like cardamom, cinnamon, cloves, and cumin have risen by 3 to 20 percent in a week.

This has also affected the retail market. The price of these spices has increased from 5 to 33 percent in the neighborhood shops.

Traders cited falling dollar against the dollar, delays in shipping, rising container fares, and the need to preserve cash margin rates for opening import bonds (LCs) as reasons for the rise in prices.

They say that even if there is ‘enough’ import, it will have an effect on the EID spice market after a month and a half.

Cardamom prices have risen the most in Khatunganj. According to traders, the wholesale price of cardamom is now TK 1,460 per kg, up from TK 1,280 a week ago. As a result, the price has increased by 180 rupees per kg in a week.

Meanwhile, spices come from India by road. And are brought from other countries by ship.

Traders say that even a month ago, LCs were opened at 86 to 87 rupees per dollar, now it has to be opened at 96 takas.

Abdur Razzak, the owner of Gulistan Traders, a spice importer in Khatunganj, said, “The spice market is a bit more now. The value of the dollar is rising step by step. Moreover, due to the rising prices of products in the international market, the purchase price is also falling. ”

He said that the market for spices was declining during Eid-ul-Fitr. Now the central bank has redefined the LC margin rate. We have to open our LC with more money than before in dollars. Traders are also facing losses in paying the remaining amount after the goods arrive. ”

Importer Abdur Razzak hinted that the price of spices would go up further.

The shopkeepers of Reyazuddin Bazar in Chittagong said that the prices of various spices have also gone up in the retail market due to the rise in prices in the wholesale market.

According to them, the market price of spices depends on the wholesalers of Khatunganj. If prices rise there, retail prices naturally rise.

Ran Das, a spice seller in the market, said, “The price of spices has been stable for some time. However, after Eid-ul-Fitr, prices are on the rise. ”

Amar Kanti Das, senior vice-president of the Chittagong Spice Importers’ Association, claimed that LCs for various types of spices used to be opened at a margin of 10 to 25 percent, but now LCs are not being opened below 50 percent margin.

“I have talked to a few banks. They said that in the case of all kinds of spices, LC should be opened at a 50 percent margin. ”

To overcome the dollar crisis, the central bank May 10 announced an increase in cash margin rates to open LCs (bonds) of various products to curb imports.

It says a minimum of 75 percent cash margin is required to open debentures on imports of motor vehicles such as sedans, cars, or SUVs and electric and electronics home appliances.

It also directed to maintain a minimum of 50 percent cash margin for opening debentures against imports of all other commodities except some urgent and specific sector products.

The instructions of Bangladesh Bank did not specify what the margin would be in the case of spices. Amar Das claims that the banks are keeping a margin of 50 percent from them.

“Spices are a less common product. It takes a long time to import and sell one container of spices. But when prices rise, buyers reduce the amount they buy. If the goods are not released on time, extra money has to be paid at the port. These have an impact on the market. ”

However, talking to the bankers, his demand was not fully matched.

Faruk Ahmed, Manager, Khatunganj Branch, Bank Asia, said: So we are opening LC at the previous rate for the most used spices like cumin and cinnamon. And for those spices that are not always necessary, LC has to be done with a margin at the rate of 50 percent fixed by the government. ”

However, the matter is not following any specific rules, it was understood in the words of an official of another bank in Chittagong.

Asked not to be named, he said, “There is ambiguity in the central bank’s circular. There is no mention of what kind of product will be considered a daily necessity. Therefore, banks have to rely on the decision of their head office to open an LC. The customer-bank relationship is also a factor here. ”